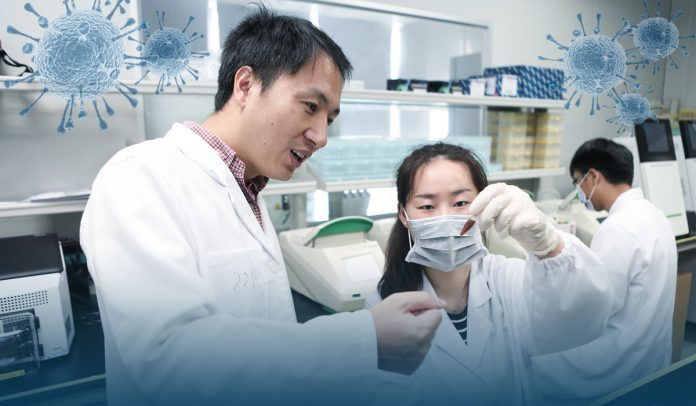 A document written by Chinese public health officials and Chinese scientists in 2015, titled as ‘The Unnatural Origin of SARS and New Species of Man-Made Viruses as Genetic Bioweapons,’ discussed the weaponization of ‘Severe Acute Respiratory Syndrome’ coronaviruses. It predicts World War III would be fought with biological weapons.

According to news.com.au, the paper describes coronavirus as a new era of genetic weapons and details how these coronaviruses could be artificially manipulated into an emerging human ­disease virus, then weaponized and released in a form never seen before.

According to a Politico article published in March 2021, one US official had said, if there was a ‘smoking gun,’ the Communist Party of China (CCP) buried it along with anyone who would dare speak up about it, they’ll possibly never be able to prove it one way or the other, which was Beijing’s intention all along.

But according to Executive Director of Australian Strategic Policy Institute (ASPI), Peter Jennings, this newly uncovered document may be as close to a ‘smoking gun’ as the world has.

Peter Jennings said he thinks this is significant because it displays that Chinese scientists were thinking about military applications for different virus strains and thinking about how it could be deployed.

Moreover, Jennings said it begins to firm up the likelihood that what they have here is the unintentional release of a pathogen for military purposes.

Moreover, the paper would explain why Beijing was reluctant to cooperate with probes on the origin of the virus. If that were a case of transmission from a wet market, it would be in Beijing’s interest to cooperate; they’ve had the opposite of that.

It is unlikely the coronavirus escaped from a lab in Wuhan

A cybersecurity specialist analyzing the Chinese administration, Robert Potter, said the document is not fake.

Potter stated that they reached a high confidence conclusion that it was genuine, it is not fake, but it is up to someone else to interpret how severe it is. Moreover, Potter stated that it is improbable the coronavirus escaped from a laboratory.

According to the WHO, coronavirus disease was most expected of animal origin, which crossed over from humans to bats. Dominic Dwyer, the director of public health pathology, who acts as a representative for the World Health Organization, went to the wet market in the city of Wuhan, where one theory states the coronavirus originated. He noted the wet market might not be the source of the virus.

Dwyer said that the market in Wuhan was more of an amplifying happening rather than necessarily a true ground zero. So, they need to look elsewhere for the virus’s origins.

One of the life-threatening worries from an American senior government official was that this was a peek under a curtain of an entire galaxy of activity, including laboratories and military laboratories in Wuhan and Beijing playing around with coronaviruses in ACE2 mice in unsafe laboratories. It implies we are getting a peek at a body of activity that is not grasped in the West or even has an example here.

The COVID-19 epidemic has been caused by a coronavirus named SARS-CoV-2, which emerged in Dec. 2019. Coronaviruses are a large family of viruses, several of which cause respiratory diseases in humans ranging from a common cold to SARS (Severe Acute Respiratory Syndrome).