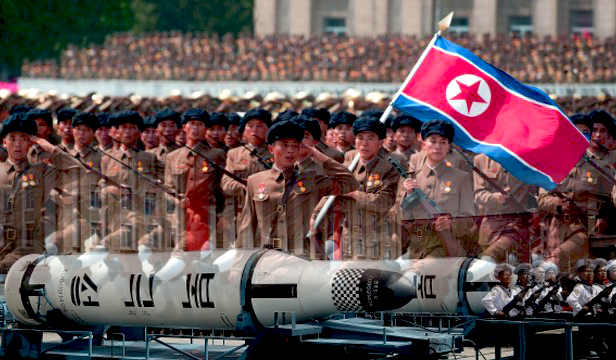 According to new commercial imagery and researcher’s analysis at Beyond Parallel that North Korea is making efforts to rebuild the long-range rocket site as soon as possible at Sohae Launch Facility. In the past, Sohae Satellite Launching Station was the only North Korean operational space launch facility for satellite launches. The technology used in these launches is similar to those that applied for intercontinental ballistic missiles.

An analyst said that the present activity done after the two days of the inconclusive Hanoi Summit among North Korean leader Kim Jong Un and American President Donald Trump. It specifies the plans of North Korea to reveal resolve in the face of United States rejection to the demands of North Korea at the summit to lift five United Nation Security Council sanctions enacted in 2016-17. A report from NBC News beyond Parallel a project backed by the defense think tank (CSIS) Center for Strategic & International Studies, previously recognized missile sites in North Korea.

Victor Cha about the Activity in Report

On March 2, the activity at Sohae beyond Parallel reports is a piece of evidence at the vertical engine stand test and the pad’s rail-mounted rocket transfer structure launch. One of the authors of the report, Victor Cha said that the action they are doing now is steady with preparations for a test. Whereas the imagery hence far does show not a missile being switched to the launch pad. Cha also stated that the activity on the ground shows us that they do not have an ability (nuclear intercontinental ballistic missile) that is not only in the developmental but also in the phase of the prototype. Few of these they already tested and seems like they are organizing the launch pad for another action.

When Press Secretary of White House, Sarah Sanders asked to say something on this, she replied that they do not comment on intelligence. In June 2018, after the initial summit among the two leaders in Singapore, North Korea started to dismantle few facilities at Sohae. Since August 2018, the facility has been dormant reflecting that the going activity is purposeful and deliberate.

However, other researches including analysis from 38 North reflects that there has been regular low-level activity at the site of interim. The posted photos of the satellite from October 31, 2018, displaying new equipment being installed and the constant presence & vehicle moments at numerous buildings of the headquarters. At the same day U.S. President Donald Trump stated the talks with Kim in Hanoi as very productive; furthermore, he said that the two leaders have made the historical process excessive. In a speech at the Conference of Conservative Political Action, he said that he had to walk. For the reason that every once in a while, you have to walk as the deal wasn’t a deal that was satisfactory to him.

However, President Trump said that the one mechanism they have, though they have no missiles going up, no testing, no nuclear testing and no rockets going up. He expressed that they have made a lot of progress.