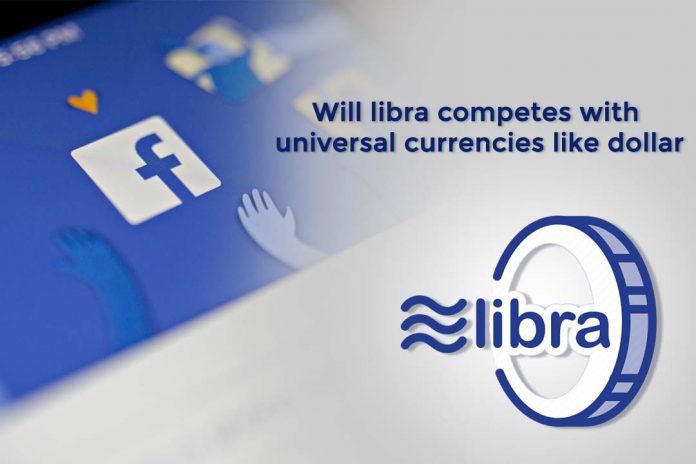 Legislators all over the world put the pressure on Facebook cryptocurrency libra by saying it might deeply disrupt the financial system of the whole world. Benoit Couere, European Central Bank board member, warned on Tuesday that virtual currencies such as libra could challenge the sovereignty of the United States dollar. It seemed that the comment of Couere an echo of the U.S. President Donald Trump’s concern as Trump said earlier this year that libra might have dependability or little standing whereas the only genuine currency in the United States is the dollar.

It looks to be an ongoing theme from several lawmakers and regulators, who have a concern that in the future libra might compete with the government currencies. All these concerns have rigidity because Facebook is such as social platform with over 2.4 billion monthly active users as per July 2019 statistics. And its partnering companies such as Libra Association include giants like Vodafone, Uber, and Visa.

Finance ministers of Germany and France railed against Libra

Finance ministers of Germany and France railed against libra last week by saying that blueprint of Facebook for the currency fails to tackle main risks over financial security, anti-money laundering laws, and investor protection. Bruno Le Maire of France goes one step further by saying that he cannot approve the libra development on the soil of Europe.

The main piece of worry for both countries is whether Facebook would compete with sovereign currencies effectively, such as the dollar and the euro. Furthermore, according to the experts, it could also weaken the regulators’ role played. Then there is the fact that it is Facebook that stuck in a scandal over data privacy last year. International privacy watchdogs from the United States, Europe, and the United Kingdom stated concern about how less Facebook addressed how it will keep the information of users with its digital currency libra.

Facebook argues that it is not making new money with its digital currency. Instead, libra tied with a bunch of currencies such as dollar to sustain a stable value. The main goal of the token is to make people more comfortable to transfer and move the money around the world. The executive leading the initiative, David Marcus said that the currency wouldn’t threaten the nations’ sovereignty when it comes to money.

3/ Libra is designed to be a better payment network and system running on top of existing currencies, and delivering meaningful value to consumers all around the world.

Dante Disparte of the Libra Association said as for privacy the firm devoted to protecting the data of people. Whereas, Teunis Brosens of Dutch bank ING expressed that as Facebook facing a lot of pressure from the regulators, the organization did the correct thing by declaring libra plans so early. He added, Facebook already opposed the thinking of maximalists of bitcoin who put their trust in the world-renown digital currency over traditional financial services.

ING’s lead economist for digital regulation and finance, Brosens said that they did not follow the maximalist model of differing the conventional financial system, they even did not follow the launching first of Uber model and then asking questions later. Firstly, they are engaging regulators, and that is the way to go.