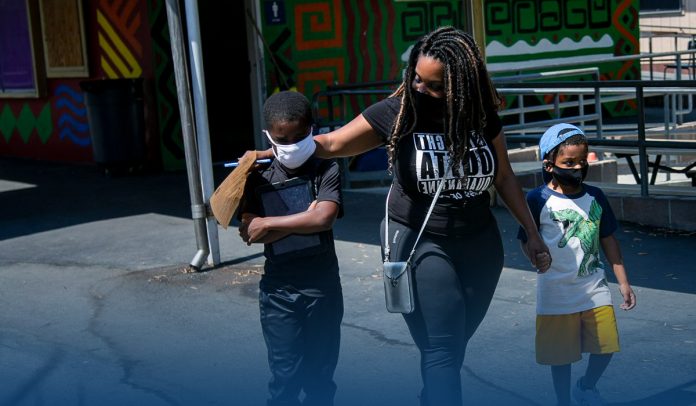 On Thursday, the United States government began the most extensive anti-poverty program undertaken by the US Federal administration in about half a century, delivering monthly payments to help most US parents care for their children for the first time. That would be the seismic shift for America with some of the highest child poverty rates in the developed economies.

The US Treasury Department and Internal Revenue Service (IRS) said late Wednesday that millions of US families had been transferred the first payment of the ‘extended Child Tax Credit.’

The funds were approved as a part of the Democrats’ 1.9T dollars stimulus package that American President Joe Biden signed into law in Mar. 2021. The first installment comes to 15 Bn dollars.

The expanded Child Tax Credit is one of the largest-ever single-year tax cuts for families with children. And it’s a reflection of my belief that the people who need a tax cut aren’t those at the top. It’s the folks in the middle, and the folks who are struggling.

The White House said that 15 billion dollars in payments had been sent out to the families of about sixty million children as part of the Child Tax Credit. Moreover, families would get the funds by direct checks. How much families receive would depend on the number of eligible children and the income of that family.

Monthly payments of about three hundred dollars per child are due to start hitting US people’s bank accounts on 15th July, running until the years’ end. The US Treasury Department stated the funds would be deposited in the about 39M households’ bank accounts, covering 88 percent of children in America, representing nearly 60 million children overall.

Moreover, families would get up to 300 dollars per month for each child under 6-years of age and 250 dollars monthly for each 6-years child and older.

So, eligible families could get a sum of up to 3600 dollars per child under six and up to 3000 dollars for each child age 6-to-17 for the current year. That is a considerable increase from past years when the regular child tax credit was two thousand dollars per child up to age 17.

On Thursday afternoon, at an event at the White House with Kamala Harris, Vice President, Biden praised the benefit as representing a historic achievement. The President said that it would be one of his government’s proudest achievements.

For the moment, the funds would extend through the end of this year, although Joe Biden and his party colleagues in United States Congress hope to expand the benefit as part of a “package of social safety net measures” they wish to enact. And if expanded, the program is anticipated to cost nearly 120 Bn dollars per annum.

Biden said, who was joined by 9 families, including youngers that would get the tax credit, that it is their effort to take another huge step toward ending child poverty in the United States.

The amount will discontinue for families with higher incomes, above 0.15 million dollars for married pairs filing jointly, or 112500 dollars for single parents who file as head of household (HOD).

Furthermore, from July 15 through to December 15, funds will be deposited monthly into the accounts on file with the IRS. Debit cards or checks might be issued in some cases. The White House stated that nearly 90 percent of families would get the benefit automatically, although the eligibility and amount are dependent on the income of the family.