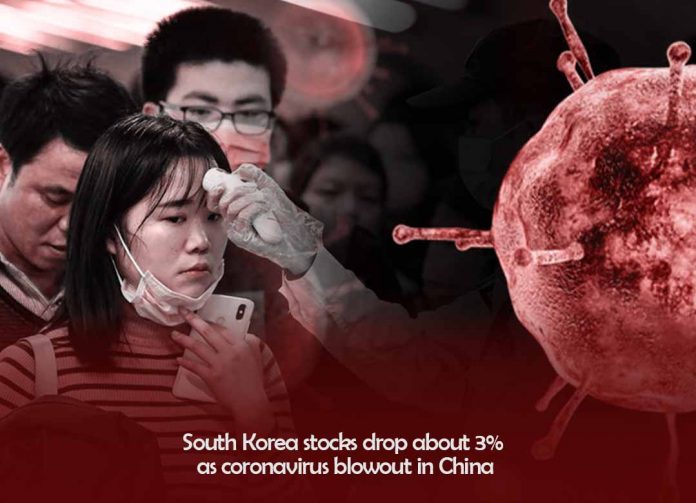 A senior economist and director at National Australia Bank, David de Garis wrote in a note on Tuesday morning that the economy of China will take a major hit, for the time being, travel along with tourism affected in China, in Asia and somewhere else, including in Australia. Actually, in Australia, the incoming tourism market in China is the biggest in exports of education and personal tourism.

Airline stocks also take a hit on Tuesday. Korean Air Lines of South Korea fell 6.69% whereas, Qantas Airways of Australia plummeted 5.22%. Furthermore, similar losses also were seen elsewhere in the remaining region, as Singapore Airlines of Singapore faced a decline of 2.95% and Japan airlines met a fall of 0.38%.

Managing director of equities at Wedbush Securities, James Hardiman told CNBC that still experts hoped exponential growth in the people that contracted the coronavirus and people that died from it. The tour companies and the broader travel firms are very cautious – with no potential end in sight.

Hardiman said that in the near coming time, beyond just travel in and out of China, his concern would base on all of these media reports … would start to … put some pressure on global travel bookings outside of China even among Western consumers and that likely to happen in the very near term.

The United States dollar index, which tracks the greenback against its peers, was close at around 97.954 after seeing levels under 97.6 last week. The yen of Japan, usually seen as a safe-haven currency in economic uncertainty times, traded at around 109.04 relative to the dollar after seeing a former high of 108.81. The Australian dollar gained at $0.6760 after touching a low of $0.6744.

Oil prices showed a mixed behaviour in the afternoon on Tuesday of Asian trading hours, with global benchmark Brent crude futures sliding slightly to $59.27 a barrel. On the other hand, the United States crude future rose slightly to around $53.17 per barrel.

Read Also: Apple stock is historically expensive after the biggest year in a decade