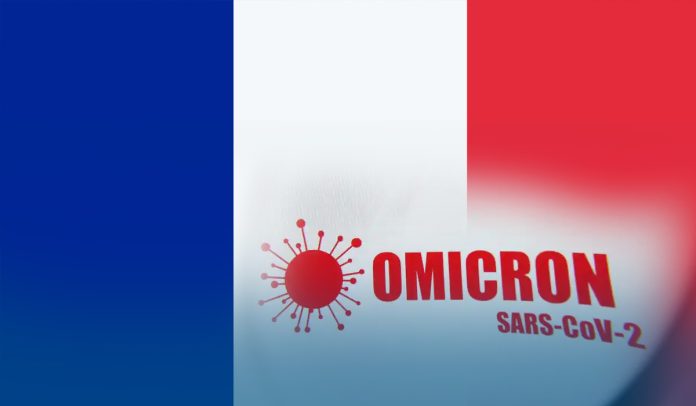 French Republic has announced new COVID-19 rules in a bid to stem a rise in coronavirus cases as concerns intensify globally over the swift transmission of the highly contagious Omicron variant.

Late on Monday, Jean Castex, Prime Minister of France, said that from 3rd January, remote working will be mandatory for at least 3-days in a week for people who can do so, while public get-together will be restricted to two thousand people in-doors, and to five thousand people for outdoor activities.

Consumption of drink and food will be banned on public transport, including on long-distance courses and in theatres, cinemas, and sports facilities. In cafes and bars, all food and drink will have to be used up seated, not standing, and nightclubs will remain closed until further orders. Castex said that the new restrictions would be established for at least 21-days, but there’ll be no curfew for New Year’s celebrations, and schools will resume as planned in early next month. In addition, using face masks will become necessary in city centers.

The moves came after the French Republic on 25th December reported over 0.1M coronavirus infections in one day period for the first time since the deadly pandemic erupted. According to the capital’s regional health authority, over 1 in a hundred people in the Paris region have tested COVID-19 positive in the last week. Most new cases were linked to the Omicron variant, which administration experts predict will become the dominant strain in the country in the upcoming days.

Pandemic Felt Like a “film without ending” – French PM

European countries are tightening rules as cases increase and the new variant of SARS-CoV-2 spreads through the continent. Research suggests the new strain is mild than Delta, with a 30 to 70 percent lower possibility of infected people ending up in hospital admission. However, there’re worries the sheer number of infections could pack medical facilities.

Moreover, Castex stressed that hospital’s ICUs weren’t currently overburdened because over 90% of adults in France had been fully inoculated against COVID-19. However, he cautioned that the country was in a ‘race against the clock’ to accelerate booster vaccinations seen as critical to curbing the spread of Omicron.

France could soon see 100,000 new COVID-19 cases a day due to the rapid spread of the Omicron coronavirus variant but the government does not plan to introduce new restrictions for the time being, Health Minister Olivier Veran said on Wednesday. pic.twitter.com/l1WOZyFpJE

Mr. Jean Castex told a press briefing following a cabinet meeting that he knows the pandemic felt like a film without ending, but a year before they started their inoculation drive, and now, they’re one of the best immunized and best-protected nation worldwide. Also, the administration shortens the length of time between booster doses from 4-months after the primary immunization to 3-months.

Dr. Olivier Veran, French Minister of Social Affairs and Health said that COVID-19 infections were doubling every 48-hours, warning of a ‘mega wave’ of new infections.

Since the start of the COVID pandemic, France has reported 124174 fatalities from the lethal virus. So far, 76.5% of the total population is fully immunized.

The United States health officials’ decision to cut the recommended coronavirus quarantine and isolation time from 10 to 5 days is drawing disapproval from some health professionals and could create uncertainty and fear among US people.

New cases in Sydney and surrounding regions of New South Wales state skyrocketed to over eleven thousand, up from six thousand a day before. In addition, Victoria records 3700 infections, up by over a thousand from the prior record set on Dec. 28. Moreover, other states reported surging figures, with over 1500 new COVID-19 cases in Queensland, 138 in the Australian Capital Territory, 1400 in South Australia, and 55 in Tasmania. Queensland health officials said nearly 80 percent of infections were the Omicron variant.

Denmark, a country with a population of 5.8M, currently has the highest COVID-19 infection rate worldwide, with 1612 cases per 0.1M people. Unfortunately, seven people lost their lives in the past 24 hours. As a result, it has shut cultural attractions and limited opening hours in restaurants and bars in a bid to stem new coronavirus infections.