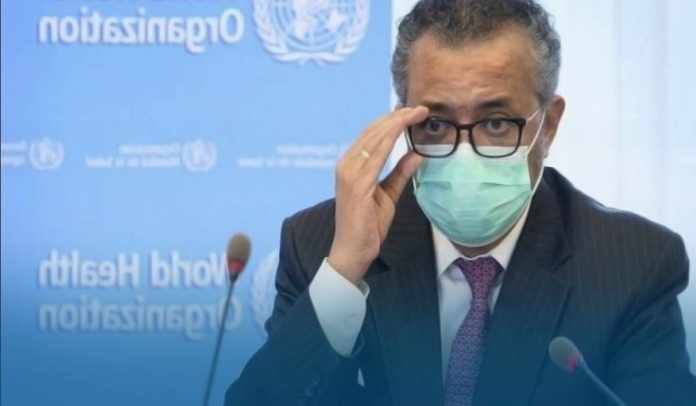 The leaders of the ‘Group of Twenty’ will talk through ways to accelerate the end of the deadliest coronavirus pandemic. On Thursday, the World Health Organization and some other aid organizations entreated leaders of the world’s twenty largest economies to fund a 23.4 Bn dollar plan to bring coronavirus jabs, testing, and drugs to impoverished nations in the coming twelve months.

WHO Director-General Dr. Tedros Adhanom Ghebreyesus said the G20, whose leaders are meeting in Rome, Italy at the weekend, had the financial and political power needed to end the deadly COVID-19 pandemic by funding the plan, which ultimately could save millions of lives.

While speaking at his usual COVID-19 briefing at WHO HQs in Geneva, Switzerland, Dr. Tedros proclaimed the latest strategy for the specialized agency-managed worldwide Access to COVID-19 Tool Accelerator (ACT-A), which asks for 23.4 Bn dollars international investment to solve inequalities in global jabs, tests, and cures.

In Rome for the @g20org Summit.

My message to leaders:

1. To end #COVID19, we need to step up vaccination globally and improve pandemic preparedness.

2. We need climate commitments and concrete plans by the @g20org to pave the way for success at @COP26 pic.twitter.com/1a8kAT84yp

The newest update of the ACT-A, until Sept. 2022, is anticipated to include the use of “molnupiravir,” an experimental antiviral tablet manufactured by Merck & Co., for curing mild to moderate cases. Moreover, if the oral pill gets authorization from drug regulatory authorities, the cost could be as small as ten dollars per course, the plan stated, in line with a ACT-A document seen by the media outlet earlier in September.

Furthermore, WHO Director-General noted that the new coronavirus infections and fatalities increased this week after two months, driven by the continuing rise in Europe that outweighs declines in other areas. He also said that it’s one more reminder that the deadly epidemic is far from over.

WHO Special envoy to the ACT-A, Carl Bildt, told the media that the appeal is for 23.4 Bn dollars. That’s a fair amount of money, but if compared with the damage done to the world economy by the deadliest global pandemic, it’s not really that much.

Jonas Gahr Store, the PM of Norway, told a press conference he hopes and urges that the Group of Twenty, an intergovernmental forum compromising nineteen nations and the EU, would make commitments to stop the spread of the pandemic.

Soumya Swaminathan, the Chief Scientist at the WHO, said the vaccines arm of the ACT-Accelerator COVAX has transported around 0.4 Bn doses to over 140 developing nations, where inoculation rates remain low. She noted that nearly eighty-two countries are anticipated to miss a WHO global aim to inoculate forty percent of the population by the end of 2021, but some of them could if deliveries begin flowing.

COVID Cases In America and the U.K. Compared

Moreover, Swaminathan said that one of the things intervening very much is the need for extra doses; more affluent nations are making an approach for the additional shots, and this is now consuming COVID vaccines as well.

WHO says Europe reported 1.6M new infections and 21000 fatalities during the week, increases of 18% and 14%, respectively.

America recorded about 0.513 million new infections during the same time, the most of any individual country, though it was a twelve percent decrease from the recent week, and over 11600 fatalities. Britain had the 2nd highest number of new infections with around 330500, almost 16 percent up, while posted about 0.249M, an increase of 15 percent.