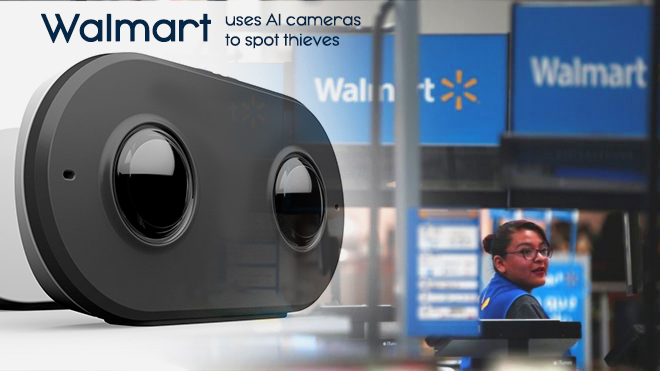 Supermarket giant of the United States, Walmart established that it would use image recognition AI cameras at checkout counters to detect thieves. The cameras based on Artificial Intelligence recognize when any item put in shopping bag without scanned from cash counter or in other cases at the checkout self-service.

Walmart expressed the news website Business Insider about the new arrival, and after that, it used AI cameras in over one thousand stores.

Moreover, the company told that it made an investment to make sure the safety of their associates as well as their customers.

Read Also: Amazon Insist for the Need of Human Staff

Walmart introduces the scheme named as Missed Scan Detection, and it used the technology from the Everseen, an Irish organization.

Rather than to scan people, that camera only tracks the items and products in stores. In case when an item spotted as placed in the shopping bag before checkout scanning, the system will send an alert to the employee or authorities of the particular store.

In addition, the retailers are happy after the installation of the technology in their stores. Likewise, a retailer expressed thankfully that after the use of AI camera technology in the stores, rate of theft or other errors decreased gradually.

Asda, Walmart owned store along with the United Kingdom’s supermarket Sainsbury’s told to the international news agency that they are using the image recognition cameras in their shopping stores.