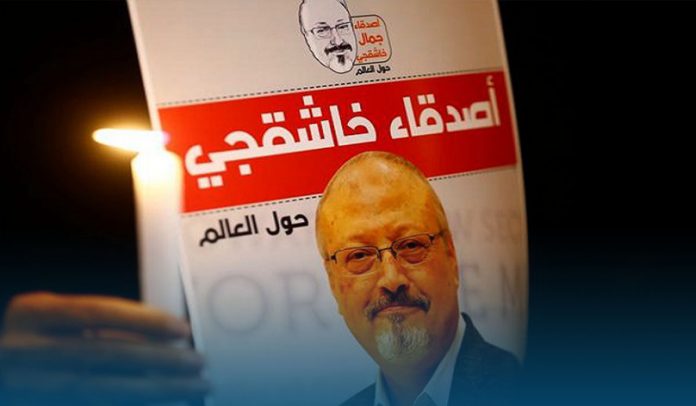 The new United States government is likely to release Thursday a declassified American intelligence report finding that Saudi Crown Prince Mohammed bin Salman approved the killing of journalist Jamal Khashoggi in 2018, as said by four officials familiar with the matter.

The intelligence report would signify the latest move by American President Biden to realign ties with Riyadh after years in which Washington mostly gave its key Arab ally and major oil-producer a pass on its human rights record, intervention in Yemen’s civil war, and some other issues.

The report’s public release will mark a significant new chapter in the US-Saudi relationship and a clear break by President Biden with former President Trump’s policy of equivocating about the Saudi state’s role in the Khashoggi’s murder.

The officials said the release, for which the main contributor was CIA, assessed that Mr. Salman approved and possibly ordered the murder of Jamal Khashoggi, whose Washington Post column had criticized the Saudi Crown Prince’s policies.

The U.S. report’s release expected Wednesday to coincide with the person-to-person call, between Saudi King and Biden since Biden’s sworn-in.

The United States president is shifting American policy away from the cozy relationship that the White House of former President Trump had with the crown prince Salman. Mr. Biden is working to bring contact with Riyadh back along traditional lines after Trump’s four-years.

On Wednesday, Jen Psaki (White House spokeswoman) told reporters Joe Biden would only have communications with the Saudi king and stated that the declassified Khashoggi report was being prepared for release and will appear soon.

The U.S. State Department spokesman, Ned Price, said that they remained in touch with Saudi administrators at numerous levels in this government’s early weeks.

Saudi journalist and Washington Post columnist Khashoggi was lured to the Saudi consulate in Istanbul on October 2, 2018, and murdered by a team of operatives linked to the kingdom’s de facto ruler, Salman. Moreover, they mutilated his body, and his remains have never been found.

KSA government eventually admitted that a Saudi journalist was killed in an ‘rogue’ extradition operation gone wrong, but it denied any crown prince’s involvement. Moreover, five men given the death penalty for the killing had their sentences commuted to twenty years in jail after being pardoned by Khashoggi’s family.

In late 2018, a detailed version of the report was shared with U.S. Congress.

The Trump government rejected demands by policymakers and human rights groups to release a declassified version, seeking to preserve cooperation amid rising tensions with Riyadh’s regional rival, Iran, and promote U.S. weapons sales to the kingdom.

Mr. Biden pledged during the November 3 presidential campaign to reassess Saudi-U.S. ties in part over Jamal Khashoggi’s murder. Since his inauguration, he has ended sales of aggressive arms that Riyadh could use in Yemen and selected a special envoy to boost diplomat efforts to end that civil war.

Read Also: Washington yet to Respond to the escalation of violence on US targets in Iraq