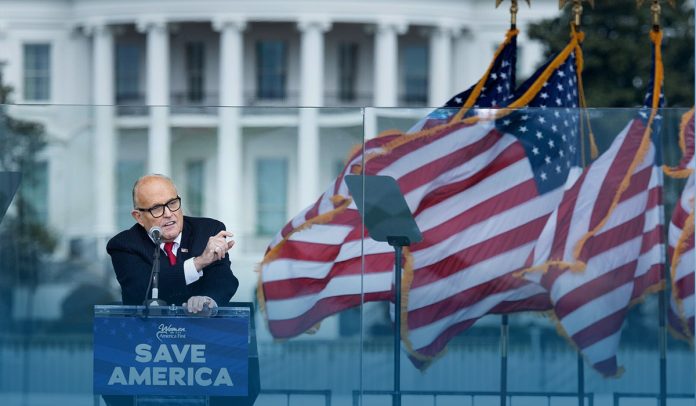 According to a new court filing, conservative lawyer John Charles Eastman is still keeping back over 3200 documents from the Congressional panel inquiring about the deadly Capitol Hill riot on January 6, 2021.

A far-right attorney for the former US President Donald Trump who wanted to obstruct the Congressional certification of Joseph Robinette Biden Jr.’s electoral victory, John C. Eastman, is protecting around thirty-two hundred documents totaling 36106 pages from the U.S. House of Representatives Select Committee inquiring about the 6th JAN insurrection on the U.S. Capitol Hill, claiming lawyer-client privilege over the documents regarding his work for the ex-President and his election campaign.

Conservative attorney told Judge David Carter, a U.S. District Judge of the District Court for the Central District of California, in the ‘Plaintiff’s Status Report’ filed as part of his continuing legal case with the January 6th Committee that panel members objected to every assertion of lawyer-client privilege and attorney work-product privilege that he claimed over the records.

Moreover, Judge Carter will now examine the disputed records and select whether they should be handed over to the House Select Panel. A former professor & dean at the Chapman University School of Law, John Eastman, was the impetus behind the lawful strategy to defend the efforts of the former President to remain in office after he lost the Presidential election, 2020 to Joseph Robinette Biden Jr., a Democrat.

The effort to make Trump stay in Office centered on a plan for Mike Pence, the United States Vice-President, who presided over the Joint Congressional Session on January 6, 2021, to discard electoral votes from critical Swing States of the U.S. gained by President Joe Biden. However, the former Vice-President eventually refused the plan, disagreeing that he didn’t have the power to execute it.

In order to communicate about the attempts to tilt the outcomes of the 2020 election, John C. Eastman used his Chapman University E-mail account, and the January 6th Panel subpoenaed ‘School of Law’ in January for documents associated with the deadly Capitol insurrection or the Presidential race. But the former law professor desired to shield the e-mails from the Panel, maintaining they contain data that would be kept safe under lawyer-client privilege & work-product privilege.

Additionally, Mr. Eastman requested a U.S. federal district court to prevent the committee from imposing its summon and stopping Chapman from obeying, which eventually launched an extensive examination of the documents demanded by the Congressional inquiry panel.

Formerly, the court ordered John Eastman to hand over one-hundred and one documents after he unproductively attempted to assert some of his e-mails from January 4-7 last year were confidential legal transmissions linked to the former President.

Since then, a conservative attorney has continued to work through about one hundred thousand pages of electronic mails from his Chapman e-mail that the Select Panel wants from other dates around the 2020 election. And at present, law professor John Charles Eastman is contending that the several thousands of Trump-related records, comprising nearly thirty-six thousand pages, should be granted privilege.