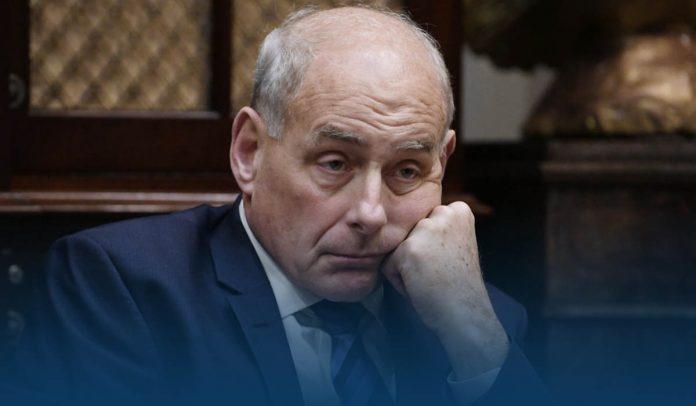 John Francis Kelly, former White House chief of staff, said Thursday that if he were a member of the Cabinet of President Trump, he would support using the 25th Amendment to the United States Constitution to remove the President from office after Capitol Hill riots.

John Kelly told Jake Tapper (Anchor of The Lead CNN) that he would support invoking the 25th amendment if he had a right to vote.

Kelly left the White House under contentious conditions in January 2019. His comments resulted in a growing number of Democratic and Republican members of US Congress calling for Donald Trump’s removal from office before January 20. However, Trump’s removal can be either through impeachment or the 25th Amendment following a violent mob of President’s supporters.

Congress members also signify one of the strongest Trump’s censures from ex-White House members amid the fallout from Capitol’s insurrection. The “25th Amendment call” would involve Mike Pence and most Cabinet members to vote to remove Trump due to his inability to discharge the office’s power and duties. President’s removal like this would be an unprecedented step.

John Kelly has sometimes criticized Trump and said that he views the Cabinet to have a conversation. However, Kelly doesn’t think it will happen because the behavior yesterday and before that has been shocking from Donald Trump. Moreover, he added that Wednesday’s Capitol Hill riot is the ultimate result of his poisoning people’s minds with the lies (like vote frauds). Former White House chief of staff, Kelly, told CNN’s Tapper that he was much shocked by the violent act.

Mr. Kelly, referring to the pro-Trump mob, said that President Trump didn’t amaze him at all by his actions. However, he was too much surprised by an unbelievable scene at the Capitol that those people would attack the people’s house, do the damage and embarrass them all.

Mick Mulvaney resigned on Wednesday from a diplomatic post he had in the administration, saying Trump is not the same as he was several months ago. He said that he did not think Trump changed a little bit as he was several months ago. Moreover, he claimed that he is angry about losing the 2020 election. Now Mr. Trump is a figure of fun and striking it up. Someone needs to help and manage Trump.

Several US officials have resigned from the administration in protest of the Capitol riot and Trump’s reaction. The resignations include one from the Transportation Secretary Elaine Chao. On Monday, she will officially leave her post. However, she is one of Trump’s Cabinet, having the longest tenure.