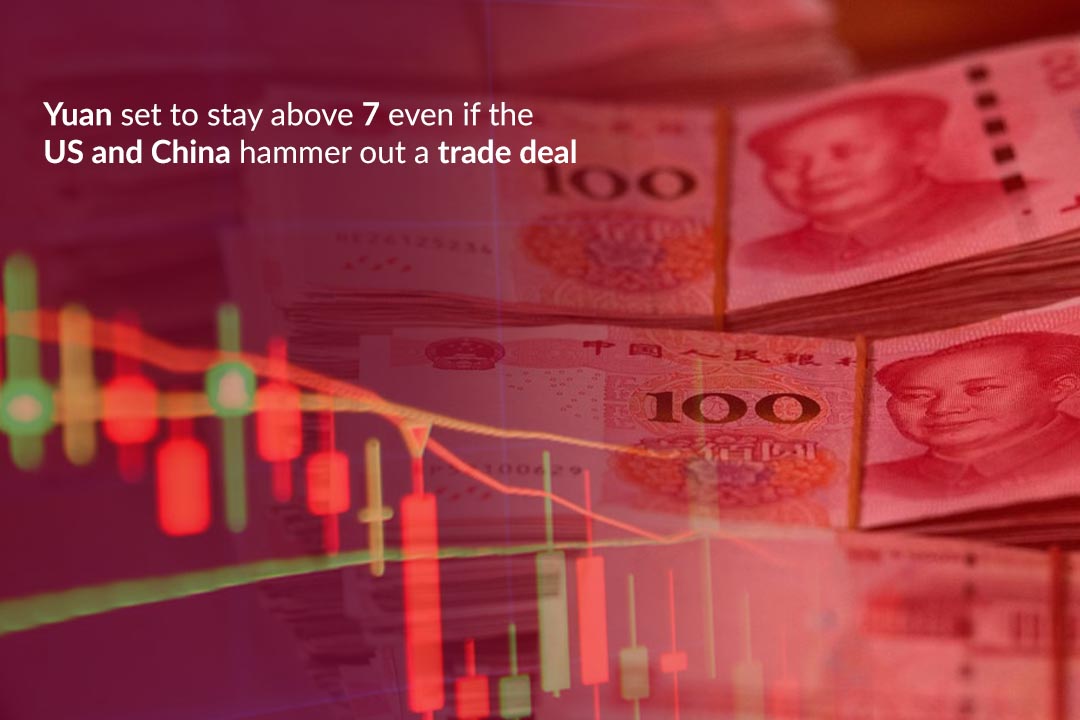 Expert says that the yuan will continue to trade more than seven per dollar even if China and the United States manage to make a partial deal. The currency of China, also recognized as the renminbi, drops its worth in recent months as trade tensions between Beijing and Washington intensified. Global head of flow foreign exchange at Nomura, Stuart Oakley told CNBC by an email the yuan will trap in a narrow range until we know for specific that Phase 1 of the trade agreement signed.

The United States and China seemed to reach some common ground earlier this month during high-level trade negotiations in Washington. At present, a partial trade agreement is under process between the world’s largest two economies. Oakley said, referring to the upcoming month’s Asia Pacific Economic Cooperation meeting, that he would estimate that range to 0.50% whatever side of 7.0750 up till 16th November. The United States President, Donald Trump, and Chinese President Xi Jinping will attend the meeting. The currency pair will possibly move toward 7.00 if the two countries are able to sign a deal in Chile, he added.

For its part, the United States held off last week from raising tariffs from twenty-five percent to thirty percent on Chinese products having worth of $250 billion. According to the officials of the United States, the new duties would impose if no deal done before the next deadline on 15th December. Larry Kudlow, the top economic advisor of Trump, told Fox Business Network that he perceives the possibility of the tariff hikes of December being taken off the board if trade negotiations go fine.

Up and Down of Chinese Currency

The Chinese yuan weakened at an important level of seven against a single dollar in August due to which analysts believe that if the United States continues to raise tariffs on Chinese goods, China could let yuan weaken to help offset the influence of higher duties. Actually, a weak currency makes the exports of the country cheaper in the international markets due to which they become more attractive. Liu He, the Vice Premier of China, said that both countries made extensive progress in laying the foundation for the signing of a phased deal. The onshore yuan changed hands about 7.0721 per dollar on Tuesday. Since August, it weakened by about 2.78%. On the other hand, China maintains strict control of the exchange rate of its currency for the onshore yuan, which traded on the mainland.

After the announced breakthrough in negotiations, the yuan strengthen from levels close 7.11 to about 7.06 against a dollar as markets praised the possibility of easing trade dispute between the U.S. and China. Since then, few of that hopefulness among investors become faded. National Australia Bank’s head of markets strategy & research for Asia at the National Australia Bank said that the risk premium from a rise in tariffs on 15th October had been reduced. She said the move of yuan deeply associated with the development of partial trade deal – China wants the United States to remove any new tariffs and reverse back the previous ones. Furthermore, Tan said that the bank forecasts the currency could trade mostly over seven per dollar. She said that the downside risk of their end 2019 estimate at 7.40 now increased with the recent development. 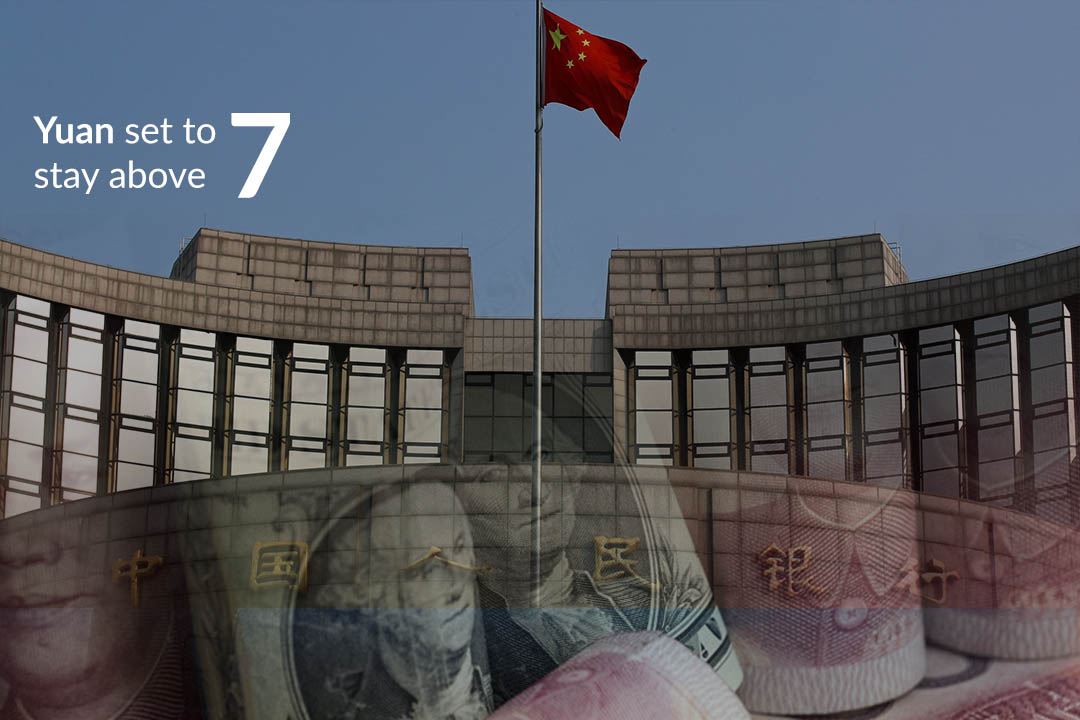 Other experts explained the interim agreement as more like a truce without any actual details. Jianwei Xu and Alicia Garcia from French investment bank Natixis described that what released thus far is a wrap-up of old measures. They said in a Thursday note that the rest are all vague promises of China to deal United States’ concerns on intellectual property rights. Adding to that, the economic slowdown of China does not bode well for a strong currency. Taking into account unending negotiations between the United States and China for a written deal, along with slowing the local economy of China, they forecast the yuan might fell to 7.25 against per dollar toward the end of the year and to 7.45 in the next year.

Date for First Phase of Agreement

Nomura’s Oakley stated that there is no real accord in the market as to where the Chinese yuan trades against the U.S. dollar. He said that it happened only because of the unpredictability of the trade talks and American President Trump. The market is expecting the 1st phase of the trade deal to signed on 16th November. Whereas, no one would feel really shocked if negotiations derailed before then.

Along with other world leaders, U.S. President Donald Trump and Chinese President Xi Jinping decided to attend the Asia-Pacific Economic Forum in Chile in the mid of next month. Several observers of the market are getting ahead of the partial trade deal to signed between the two states at that meeting.