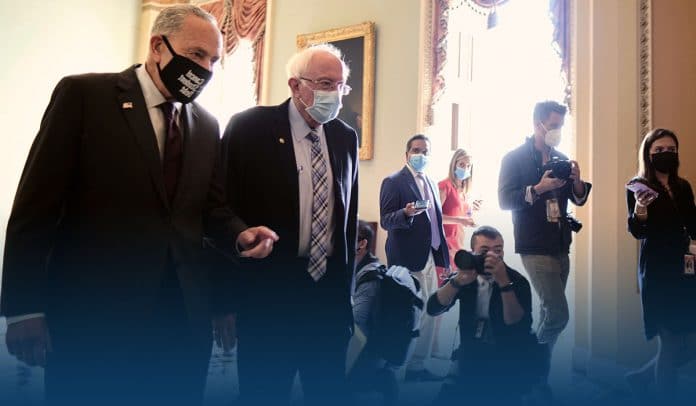 On Thursday, Joe Biden, the President of America, criticized growing wealth inequality in America to strengthen support for the Democrat’s lofty policy plan, which is rapidly taking shape in the U.S. Congress as the House moves forward on sweeping plans seeking to build up country’s social safety net while increasing taxes for the affluent.

Joe Biden said that this is their moment to prove to the Americans that their administration works for them. He said it is unacceptable for fifty-five of the most profitable corporations in the United States to pay zero in taxes.

The U.S. leader said, pay your fair share. Biden asks how is it possible for the wealthy to pay a lower tax rate than law enforcement officers, firefighters, and teachers? Moreover, right then, Biden is pressurizing U.S. Congress not to increase taxes on businesses and American people making over 0.4M dollars annually but also give the Internal Revenue Service (IRS) billions to crack down on avoiding tax.

I can’t believe this has to be said, but a teacher shouldn’t pay a higher tax rate than a hedge fund manager.

Mr. Biden opened his remarks by greeting the House Ways and Means Committee that voted to proceed on asset of sweeping plans included in Biden’s 3.5T dollars package, managing for a floor vote in the coming weeks.

Investing 80 Bn dollars in IRS To Advance its Technology and Tax Enforcement.

On Wednesday, the House Committee on Ways and Means approved a significant part of Biden’s 3.5T dollars social spending bill, including provisions that’d increase taxes on high earning individuals and firms to make up for new spending’s cost.

Moreover, Biden provided details of a new proposal that’d require banks to report annual “inflows and outflows” with at least 600 dollars worth of transactions, giving the Internal Revenue Service a chance to take action against tax evasion.