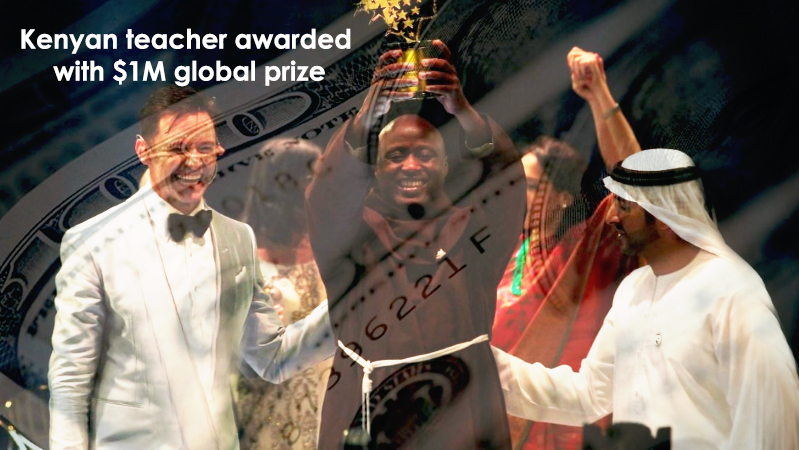 The common people from the developed areas of the world didn’t know how people living in backward countries are promoting education to their citizens. There are many factors which prove a hurdle in the way to educate the people of those areas. The first and foremost element is how to make their minds ready to get the education because in those areas people don’t even bother to get the education. Behind all this, the reason is the hunger and the thirst, as they use to struggle for a few loaves of food. Kenya is one of those countries that are suffering from poverty and other national issues. But the heroes like Peter Tabichi always becomes the light of hope for the people struggling for food and education. He is the inspiration for all those people who belonged to rural areas with limited resources.

Peter Tabichi is a Kenyan physics & math teacher, and he is performing his duties in the rural areas of Kenya. His appreciable act is that he uses to give 80% of his monthly salary to teach the poor people and to feed their hunger. Due to his loyalty towards education and poor people, he awarded with the Global Teacher Prize of one million from the Varkey Foundation on Sunday. Pwani is the Kenyan village where Tabichi teaches the poor students. The student teacher in that village is very low and is about 58:1. Moreover, the facilities regarding educations are also not excellent, as in that area there is the only computer in the schools with a very poor (slow) internet connection.

All the students of Tabichi belong to needy families, and about one-third of them are orphans or have only a single parent. The profile of Tabichi at Varkey Foundation reveals that this brilliant teacher uses to visit internet cafes to get the online content regarding education and teaches it in the classroom. Furthermore, he also gives positive directions to the science club of his school, due to which, now his students compete in domestic and international competitions. The present year the mathematical science team of his school qualified for the INTEL International Science & Engineering Fair to compete in Arizona. After consuming the local life of a plant, his students generate electricity due to which they awarded from the Royal Society of Chemistry.

The award winner teacher expressed to the foundation that they turn a new page and a new chapter every day in Africa. He further added that the prize doesn’t recognize him, however, it acknowledges the young people of the great continent. The students of Tabichi face many challenges including drug abuse, young marriages, teenage pregnancies, and food scarcity. According to his profile, at the Tabichi’s Keriko Mixed Day Secondary School, the enrollment has doubled during the last three years. Also, most students of that school are going to college for higher education. He believed that one has to talk less and to do more. Kenyan teacher received the award from Hugh Jackman, who is an actor and hosted the award ceremony in Dubai, UAE.