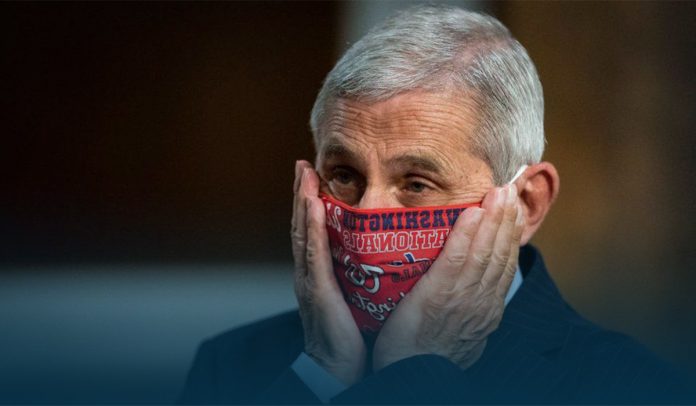 The chief medical advisor to the United States President Joe Biden, Dr. Anthony Fauci, warned on Sunday about the rising COVID-19 cases in the country, especially in areas where people have been hesitant to get protected against SARS-CoV-2 even as the more contagious Delta variant spreads quickly.

Dr. Fauci, the top US infectious disease expert, told CNN that they’re going in the wrong direction. More than half of the US people aren’t inoculated. That is a problem. Moreover, he said that they are putting themselves in danger. He added a booster dose might be needed, especially for the most susceptible.

Furthermore, COVID-19-related hospitalizations and fatalities are far below their peaks in the past winter. However, the new case toll has been increasing sharply in the regions of America where skepticism about the need to get immunized, the safety of the jabs, and resistance to US government recommendations to get protected remain an effective force.

On Saturday, over fifty-one thousand new coronavirus cases were recorded in the United States, a 172 percent increase over the past fourteen days. Also, around 250 fatalities have been occurring each day in the past weeks. Moreover, as it stands, the US administration says over 162M US people have received both doses, which corresponds to nearly half of the population and about sixty percent of American adults.

Vaccination Pace Dropped In The U.S.

However, surveys have shown that nearly 80 percent of unprotected US people say they definitely wouldn’t get immunized or are not likely to, no matter how many representatives urge them to receive the doses. Last week, the governor of Alabama, a Republican, Kay Ivey, said that unimmunized people are choosing a horrible lifestyle.

Furthermore, a Republican governor of Arkansas, Asa Hutchinson, has long urged immunizations in his state, but still, it has one of the lowest vaccination rates. Recently, two adolescents died of coronavirus disease in Hutchinson’s state.

Fauci told CNN that these are the alarm bells, and indeed, the resistance to vaccinations has hardened. However, the Arkansas governor expressed confidence that the unprotected people will change their minds. Dr. Fauci said that people could alter their resistance, and that should be their focus.

American physician and immunologist Fauci said those inoculated are highly protected, including against more infectious Delta variant. But the immunizations pace has dropped in the United States by over 80 percent since mid-April this year.

Several cities, including St. Louis in the middle of the United States and Los Angeles in the West, have imposed new orders for individuals to use face-masks in public indoor spaces regardless of the immunization status.

According to the John Hopkins University data, over 3.729M people were infected worldwide in the recent week, led by six countries. The United States, the United Kingdom, Indonesia, Spain, and India.