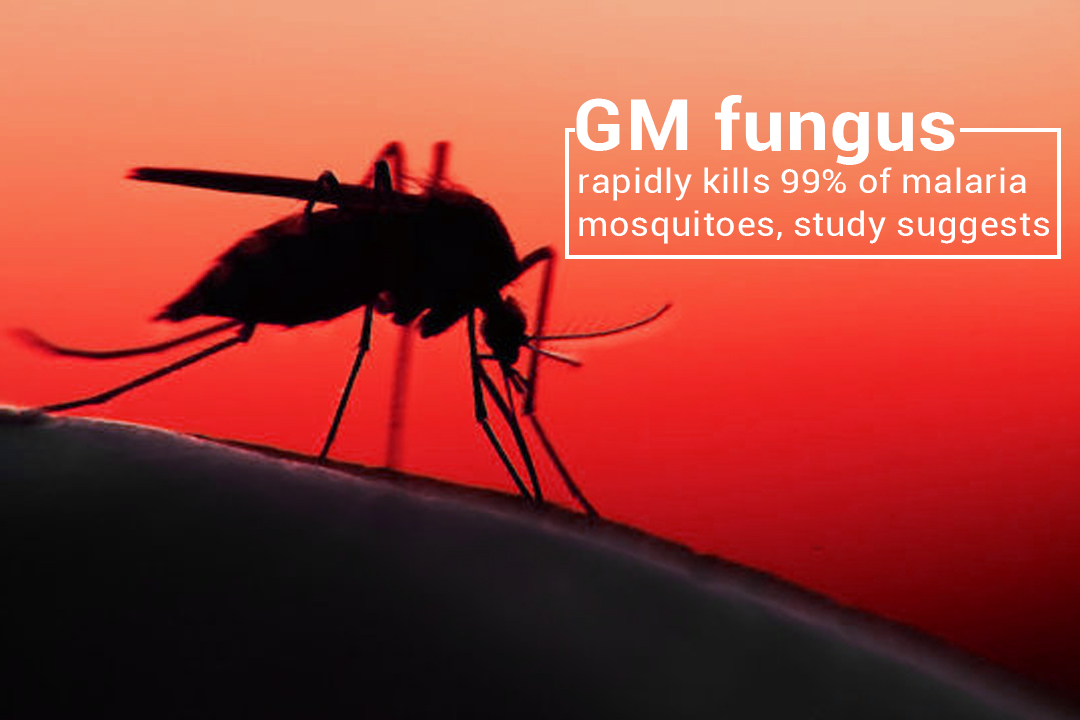 According to a recent study, a GM fungus rapidly kills about 99% of the malaria mosquitoes within 45 days. The researchers expressed that their target is not to make the insects extinct but to facilitate to stop the spread of malaria. Malaria spread when a female mosquito drink blood, due to this disease 4 lac people killed annually. About 219 million cases of malaria recorded every year in the whole world.

The researchers conducted their study at the University of Maryland in the United States and the IRSS research institute in Burkina Faso. At first, they identified a fungus named Metarhizium pingshaense that infects the Anopheles mosquitoes naturally that is the cause of spreading malaria.

Their next step was to increase the fungus. Prof Raymond St Leger of the University of Maryland said that they are very malleable and you can engineer them genetically very easily. After that, they turned in to a toxin that found in the venom of a funnel-web spider species present in Australia.

Read Also: Bacteria Can Build or Spoil the Human’s Mind

To make the toxin the genetic instructions added to the fungus own genetic code so that it would start creating the toxin once it was present in a mosquito. Furthermore, Prof St Leger described that with the help of fangs a spider pierce the insects’ skin and inject toxins, they replaced the spider fangs with Metarhizium.

The tests of the laboratory reflect the genetically modified fungus could kill rapidly; also, it might take lesser fungal spores to do the task. The next very step was to test the fungus in a condition that is close to the real world.

Next Phase of US-China Trade Deal may come in Stages –...

US Citizenship test is revising During last Decade