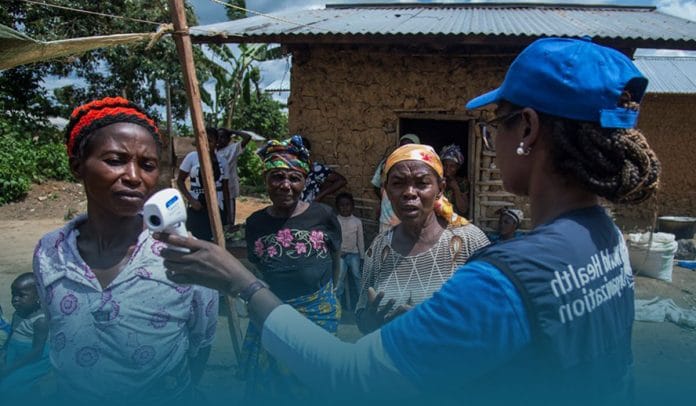 On Wednesday, the Democratic Republic of Congo officially announced the end of its eleventh Ebola outbreak, six months after the initially reported cases of the virus. The Regional Director for Africa of the World Health Organization, Dr. Matshidiso Moeti, tweeted that they did the difficult thing.

Congratulations to the #DRC for overcoming its 11th #Ebola outbreak & a heartfelt thank you to everyone who tirelessly tracked down cases, provided treatment & vaccinated people in often remote communities tucked away in dense rain forests.

According to the WHO, it had been around forty-two days since the last confirmed Ebola case tested negative. Since 28th September, no new confirmed case reported. The outbreak started on 1st June in the western Equateur Province of the country, just as another epidemic winding down in the east of the country.

The eastern outbreak was the on record second-deadliest Ebola outbreak globally, and the health agency officially declared more on 25th June – but the one in the Equateur was just starting. By the end of the Equateur outbreak, it had confirmed 130 cases with fifty-five deaths and seventy-five recoveries.

These two outbreaks were geographically far away. Whereas genetic sequencing analysis confirmed no relation between them. The Equateur outbreak posed a significant logistical challenge for aid and health workers from the World Health Organization, government agencies, and local groups. Not only the outbreak came in the middle of the coronavirus pandemic, but the Equateur outbreak located in societies across dense remote and rainforest villages, according to the WHO press release.

Some places with a red alert for infection were only reachable by helicopter or boat, which make difficulties for the testing of lab samples and transportation. It also delayed the deployment of experts to the affected regions. Sometimes the health and aid workers would face resistance from the local community, according to the WHO. For several years, responders on the ground fought against extreme community fear and mistrust, worsening by the seething conflict between government forces and militant groups.

Some aid workers come under attack by armed groups. However, health workers tried to counter this fear by visiting those areas to increase the understanding of the virus to the local people. The WHO experts and local health workers visited over 574000 households and vaccinated over forty-thousand people at high risk. At the same time, they had to adhere to COVID-19 restrictions and safety measures like wearing protective gear.

The WHO states that it used the new cold chain storage freezer to keep Ebola’s vaccine at very low temperatures. It will allow health workers to vaccinate people in communities without electricity. Moeti says that overcoming one of the riskiest pathogens of the world in hard and remote to access communities establishes what is possible when solidarity and science come together.

The virus initially appeared in Sudan and the DRC in 1976 and named from a river in the latter nation. It is one of the most contagious diseases of the world and transmitted through direct contact with bodily fluids or blood of an infected person. Ebola virus causes severe headaches, fever, or objects contaminated by somebody ill with the disease. In some cases, Ebola spread through contact with someone who died from the virus.

Ebola virus enters the body through damaged skin or mucous membranes in the nose, mouth, or eyes. Likewise, the disease also spread through sexual contact. However, the WHO celebrated the Equateur outbreak end, but at the same time, it warned about the re-emergence of the virus; the virus can persist in the body fluids of the survivor for months and is also present in animals all over the region.

In the news release, the WHO said that after the end of the 11th outbreak, the community should need continued caution and should maintain strong surveillance as potential outbreaks still possible in the coming months. The end of this epidemic serves as a reminder that governments and other allies must continue to focus devotion on other agencies, even as the struggle against coronavirus continues.