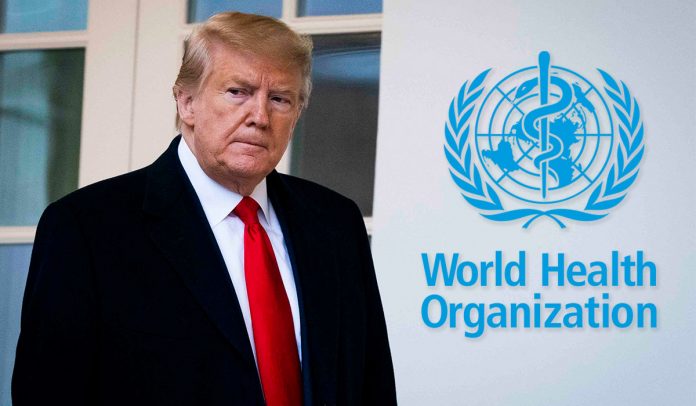 The Trump administration notified the United Nations (UN) and Congress that the United States starts formally withdrawing from the World Health Organization (WHO), according to several officials. U.S. took the move that comes amid a rising number of COVID-19 cases throughout the United States over the last week.

The Trump administration has notified Congress and the United Nations that the United States is formally withdrawing from the World Health Organization, multiple officials tell CNN https://t.co/pMdEUHtPKx

Medical associations, advocacy organizations, bipartisan representatives, and allies abroad criticize the withdrawal that goes into effect July 2021. Joe Biden, the presumptive Democratic presidential nominee, promised on Tuesday to reverse the decision on his first day as a president.

Senator Robert Menendez view about the U.S. withdrawal from WHO

The top Democrat on the Senate Foreign Relations Committee, Senator Robert Menendez, tweeted about the latest news of withdrawal. He wrote that Congress received a statement that the President of the United States officially withdrew the country from the World Health Organization in the middle of the COVID-19 pandemic. To call the response of the president to coronavirus illogical and chaotic does not do it justice. Therefore this decision won’t protect U.S. citizens’ lives or interests – it leaves them sick and alone.

Congress received notification that POTUS officially withdrew the U.S. from the @WHO in the midst of a pandemic.

An official of the State Department also confirmed that the U.S.’s notice of withdrawal from WHO, effective from 6th July 2021, was submitted to the United Nations Secretary-General, the depository for the organization. António Guterres, the spokesman for Secretary-General, said that he received the notice and now in the process of verifying with the WHO whether all the necessary conditions for such withdrawal met.

Those conditions include such as giving one-year notice and ultimately meeting the payment of measured financial responsibilities. A familiar source told CNN that the letter addressed to the United Nations consisted of just three sentences, but it triggers a one-year withdrawal timeline from the Trump administration. Whereas, the source also warns that it is unable to confirm they saw the final version of the letter.

The Chief Executive and the president of the UN Foundation says that among its existing functions, the World Health Organization is trying to coordinate efforts to provide personal medical and safety equipment such as ventilators to hospitals across the world. According to her, the organization is indispensable in the fight against the coronavirus.

Trump and his administration already pull out funding from the World Health Organization, and the process to officially withdraw will take one year to complete. Critics of Trump’s decision hope that the withdrawal decision will be reversed in case of Trump’s defeat in the November presidential elections.

Americans are safer when America is engaged in strengthening global health. On my first day as President, I will rejoin the @WHO and restore our leadership on the world stage. https://t.co/8uazVIgPZB

In a tweet, Joe Biden vowed to do so if he elected as U.S. President in November. Moreover, he wrote that on his first day as a President, he would rejoin the World Health Organization and restore the leadership of the United States on the world stage. The allies of the United States gathered to support the WHO, with a senior diplomat from Germany calling for worldwide unity. Moreover, the Health Minister of Italy criticize Trump’s decision and call it as serious and wrong.