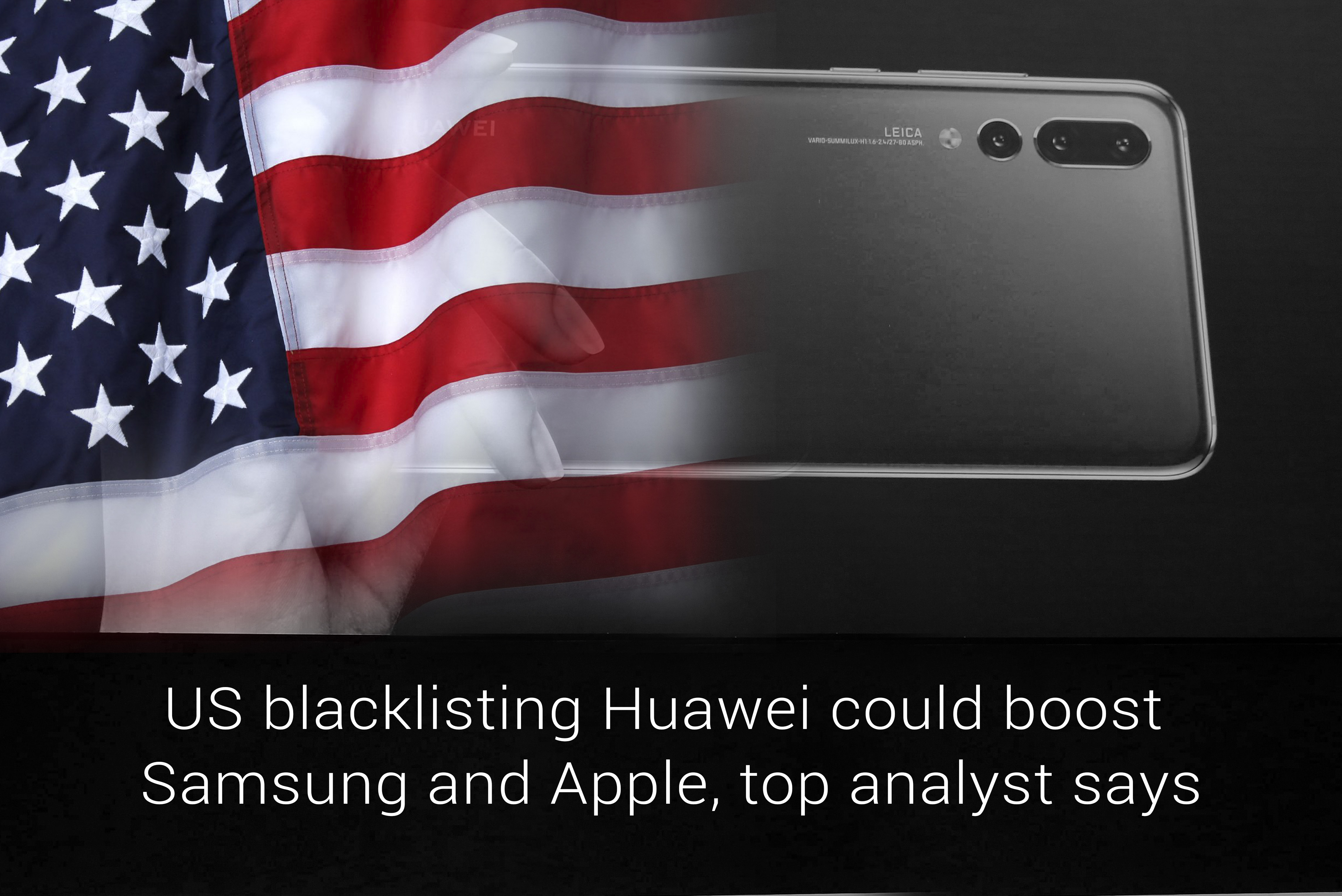 In the current scenario of blacklisting Huawei from the Americans firms, two other big tech giants could take benefit i-e Apple and Samsung. The ban will impose the firms of U.S. to stop doing business with the Chinese smartphone maker Huawei, which is currently the world’s second largest smartphone maker.

According to the recent research, the Trump administration’s move could limit Huawei from sourcing the components from the American firms for its services and products including the Google Android operating system. Which leads its reductions in the smartphone shipments and emphasizes Huawei to get a replacement for the United States ban components.

One of the top analysts, focusing the Chinese and Asian hardware supply chains said that one cannot say clearly that how much a ban impact the business of Huawei Smartphone. Meanwhile it is the second largest brand of smartphones in the world just behind Samsung but ahead Apple.

Kuo expressed in a note that they think the essential impact would be losing the trust of the brand if Huawei could not offer stable shipments due to the export ban from the United States. Furthermore, he said that they expect that Samsung may become the major beneficiary in the case when Huawei loses market shares in the non-Chinese markets of the smartphone. Whereas, Apple will get the market benefits on the second number.

If Huawei faces a ban from the United States, its shipments of smartphones may decline by eight to ten million per month if it can’t get the alternate of the Google software. Last year, Huawei shipped more than 200 million smartphones. Moreover, Kuo said based on the public statement of Huawei that it is developing its own operating system for smartphones that may be compatible with the Android apps.

In the end, if the export ban on Huawei got reversed, Huawei might continue to emphasize to buy maximum parts from the Chinese firms. Kuo added that the prohibition of export might also delay the 5G wireless technology development of Huawei because the technology needs several American made components such as Qrovo, Skyworks, and Broadcom.