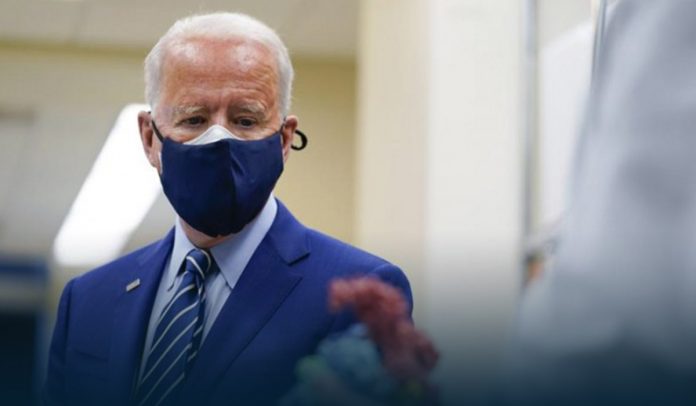 Joe Biden, the United States President, reportedly wants to give the Internal Revenue Service an additional $80B and more authority to help crack down on tax evasion by high-earners and large corporations.

Two sources familiar with the plan told The New York Times (NYT) the President sees the efforts to help pay for his enormous economic project.

Besides the money and increased enforcement power, President Biden’s proposal includes new disclosure requirements for persons who own businesses not organized as corporations and for other wealthy people who might be hiding income from the administration.

Government officials believe aggressive crackdown on tax avoidance by corporations and the wealthy could raise at least $700B on the net over ten years.

According to the Biden government, the initiatives, combined with new taxes on corporations and the wealthy, are proposals that could level the tax playing field between average U.S. workers and high earners who try to minimize or avoid taxation.

Revenue from these efforts would be used to help finance for The US President’s ‘American Families Plan,’ which Joe Biden would detail before addressing a joint session of United States Congress on April 28.

The 80 billion dollars in proposed funding would be a rise of two-thirds over the agency’s entire funding levels for the past many years.

Moreover, American President wants to invest heavily in IT improvements that could help the agency better target its audits of high-earners and firms.

Lawrence H. Summers, a Harvard University economist, stated that this is the broadly right approach. The decline in IRS enforcement effort and information gathering is disgraceful. The Joe Biden plan would make the U.S. tax system fairer, more efficient, and, he is confident, raise more revenue than official scorekeepers now forecast, possibly a trillion over ten years.

The US government’s ‘American Families Plan’ is expected to cost at least $1.5T and follows Joe Biden’s $2.25T infrastructure package. The NYT said the plan would include Universal Pre-K, a federal paid leave program, efforts to make childcare more affordable, free community college for all, and tax credits meant to fight poverty.

Also, to help pay for the ‘American Families Plan,’ the government wants to raise the top marginal income tax rate for wealthy American people from 37 percent to 39.6 percent and raise capital gains tax rates for those who earn over one million dollars a year.

A source familiar with the proposal also stated Joe Biden wants to raise the tax rate on income that persons earning over one million dollars per year receive through stock dividends.

On Tuesday, The NYT said the government is likely to portray the $780B it expects to collect through enhanced Internal Revenue Service enforcement as conservative. That total comprises only money directly raised by enhanced tax audits and additional reporting requirements. It does not include any money from people or companies choosing to pay more taxes after avoiding them.

Many economists and tax experts welcomed the proposal, which they stated would help reverse years of declining enforcement actions against firms and the rich at the agency.

The Executive Director of the Tax Law Center at NYU Law, Chye-Ching Huang, said that the plan is a good update for honest filers and companies, the rule of law and the budget. Moreover, stopping tax cheats from having an unfair advantage helps honest companies to compete and thrive.

University of Pennsylvania economist Natasha Sarin, Lawrence H. Summers, and other Biden’s economic team members suggest as much as $1.1T over a decade could be raised via increased tax enforcement.

This month, Charles Rettig, IRS Commissioner, told a United States Senate committee the agency lacked the resources to catch tax cheats, costing the administration as much as $1T in a year.

Moreover, IRS funding has failed to keep pace with inflation because of budget tightening efforts. Also, its audits of wealthy taxpayers have declined.

John Koskinen, a former Commissioner of Internal Revenue, said that he isn’t sure they’d be able to use that much money efficiently. That is a lot of money.

Koskinen said that he thought an extra $25B over many years would help bring the IRS budget back to where it was around 2010, permitting it to hire enforcement agents who have been lost to attrition and revamp the agency’s customer service competencies.