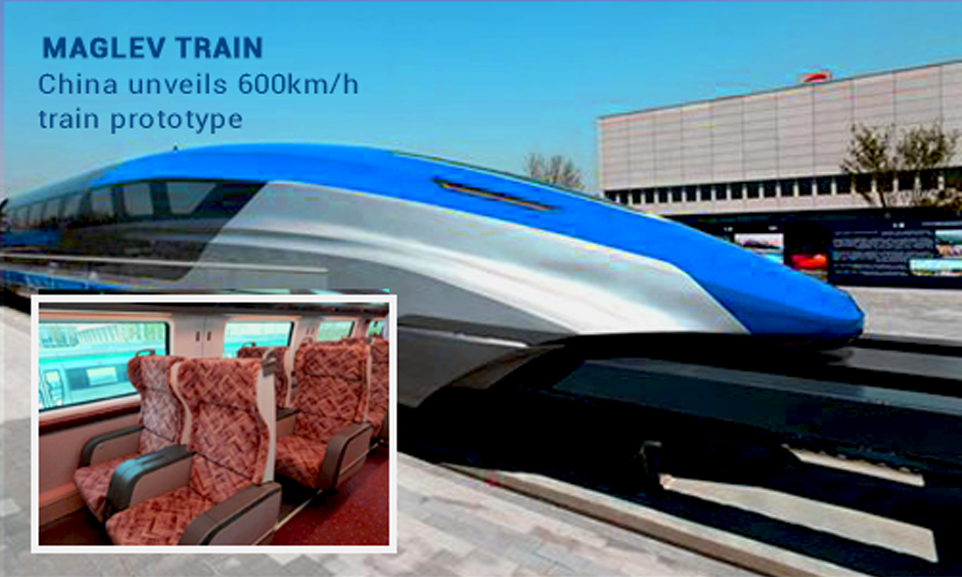 China is going to unveil a floating bullet train that is able to hit speeds of 600 km/h (approx. 372 miles/hour) and is one step near to reality. On last Thursday, the prototype of the body for the latest high-speed magnetic levitation train project of country rolled off the assembly line in the eastern city Qingdao of China. China Railway Stock Corporation (CRRC) developed the largest supplier of rail transit equipment of the world. The sleek look train planned to go into commercial production in 2021 after following wide-ranging tests.

The people involved in the project are hopeful that the project will entirely transform the travel landscape of China, filling the cavity between air transportation and high-speed rail. Ding Sansan, the Deputy Chief engineer of CRRC, said that it would take around three and half hours by plane and approximately five and half hours via high-speed rail and would take around three and half hours with the new high-speed maglev. He is also the train’s research and development team head. However, the cruising speed of a plane is 800 to 900 km/h. At the moment, the current trains on the lines of Beijing to Shanghai have a maximum speed of 350 km/h.

About Three Years Required for Finalization

Magnetic repulsion technology used in the Maglev trains for both purposes, to fly up to the train from the ground that reduces friction and to push it forward. After about three years of technical research, Sansan said that his team developed a high strength and lightweight train body that put the technical foundation for the making of five maglev sets engineering prototypes.

White House, Democrats close to reaching a deal to back small...

Over 100 Children died of Brain Disease in India