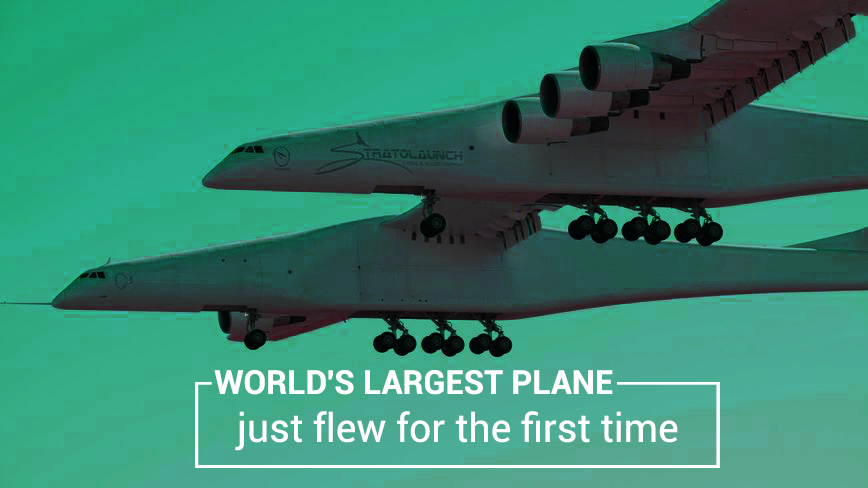 After many years of development in the north of Los Angeles, the world’s largest jet having six engines with American football field’s wingspan flew for the first time on Saturday morning. Jean Floyd, the CEO of Stratolaunch Systems said during a press conference that ‘they finally did it.’ He was delivering that news conference at Mojave Air and Space Port from the hanger. Furthermore, he expressed that that was an emotional time to watch the taking flight of this bird.

In 2011, Paul Allen, the late CEO of Systems founded Stratolaunch and he got to honor to take the world’s first test flight of the largest plane. Whereas, Jean Floyd said that he imagined that moment for many years, while he didn’t believe it without Paul Allen standing next to him. He added that he gives a private thank you to late Allen when the plane took the flight. At the age of 65, Allen died last October due to complications regarding non-Hodgkin’s lymphoma.

Read Also: Going To sell stock in IPO having Worth About $10 billion

In simple words, the aircraft Stratolaunch is a huge flying launch pad and intended to hurtle satellites into low orbit of Earth. It intends to offer NASA itself, private companies and even the military a more inexpensive way to approach into space. The business model for the company calls for allowing the satellites into space as politely as booking a flight of an airline.

Speed and Max Height of the Giant Aircraft

Evan Thomas, the test pilot of the jet, flew the aircraft at speed around 173mph and taking it to the heights about 15,000 feet before smooth returning and he safely came back after flight of about two and half hours. Thomas is also a former Air Force fighter pilot of F-16. He expressed that the overall experience of the world’s largest giant plane was fantastic.

The wingspan of the aircraft measures 385 feet, and they are wider than any other airplane on the earth. It is 238 feet long from the tip to tail. Moreover, the weight of the jet is half a million pounds. The plane has two cockpits, and itself plane is too big. A number of aerospace enthusiasts, photographers, and industry bloggers gathered to witness the exceptional twin-fuselage aircraft.