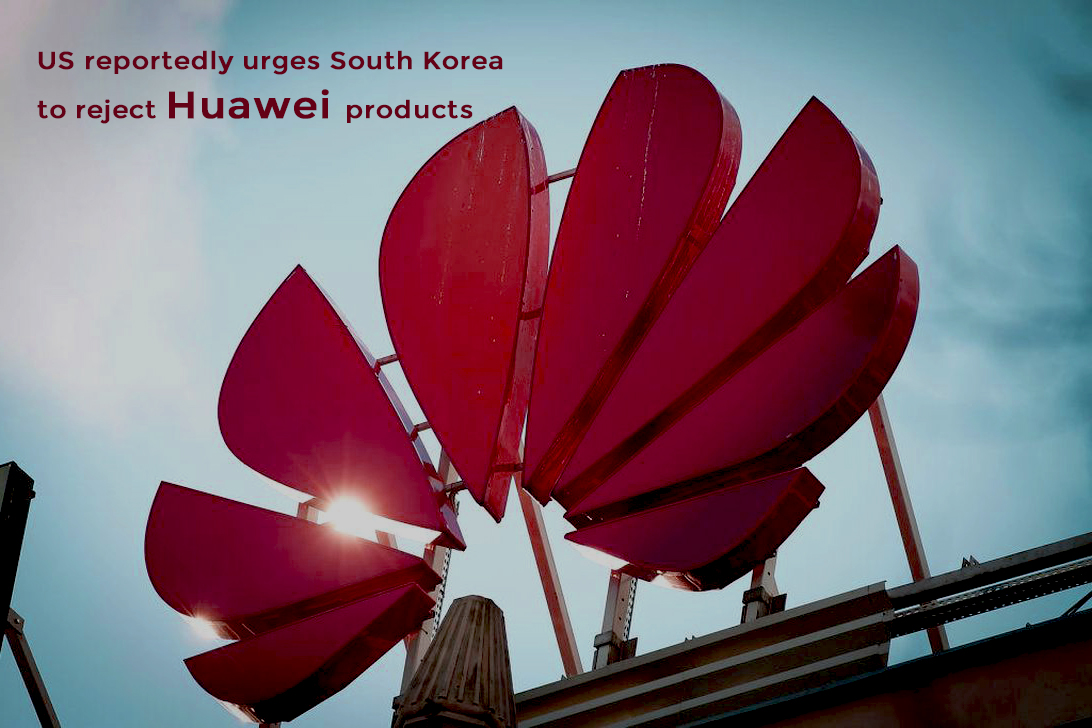 A South Korean newspaper reported that the government of the United States is convincing South Korea to reject the Huawei Technologies products. Washington is trying to put all its allies on a single page to deny the goods of a Chinese tech firm. An official of United States State Department said in a latest convention with a counterpart of South Korea that local telco LG Uplus Corp that uses the equipment of Huawei should not permitted to give its services in the sensitive areas in South Korea. Moreover, the official added, its essential that Huawei eventually evicted from the state, if instantly not possible.

Washington is imposing its allies not to use Huawei made equipment for the reason that they may use for cyber-attacks or espionage, but Huawei completely denies this blame several times. The anti-Huawei campaign strengthened previous week when President of U.S. Donald Trump signed an executive order that efficiently forbidden the Huawei equipment’s use in the United States telecom networks amid national security. In addition, the Department of Commerce place the limits on the purchases of the firm of U.S. technology.

South Korea is a United States ally, whereas China is the biggest export market in South Korea. According to the data of the South Korean government, China took approximately a quarter of total exports of South Korea in the first four months of the present year.

Chosun Ilbo reported that the government of the United States repeatedly convey the message to the Foreign Ministry of South Korea via several diplomatic channels that the use of Huawei products may cause security problems.

Biden’s agenda is “turning upside down our Middle East policy” –...

Robinhood is going to launch commission-free stock trading app in the...