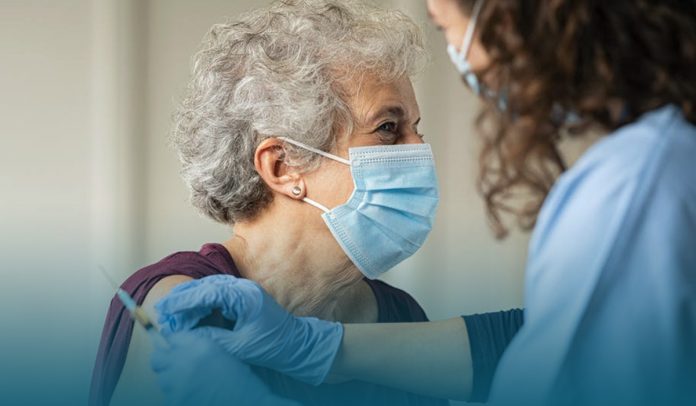 America has put COVID-19 vaccine shots into 75 percent of seniors’ arms as of March 3, a massive immunization rate for one of the epidemic’s hardest-hit groups, but several U.S. states have charged even further ahead and vaccinated more than eight in ten seniors.

According to data released Saturday by the Centers for Disease Control and Prevention (CDC), about forty-one million elderly Americans have taken at least a single coronavirus vaccine dose, and 54.7 percent over 65 years of age are fully immunized.

Vermont leads the nation in inoculating seniors, getting at least one dose to 88.9 percent of its elderly residents partly because the state made seniors eligible for the vaccine before virtually every other high-risk group.

South Dakota, Connecticut, Rhode Island, and Maine have all given out jabs to more than 84 percent of their elderly residents.

Most U.S. states permitted seniors to take COVID-19 vaccines before the general public, a decision rooted in their extreme risk of getting severely sick or dying from coronavirus.

But each state set its eligibility rules, leading to differing levels of coverage. Such as Florida allowed everybody over 65-years of age to register in late December, overwhelming some vaccine centers but causing its senior immunization rate to lead the country earlier in 2021. In comparison, other states allowed front-line workers and individuals over 75 to get immunized before younger seniors.

According to CDC data, about 429,600 US people over 65 who died from coronavirus make up over eighty percent of the nation’s COVID-19 death toll.

All 50 U.S. states will drop their eligibility rules by the beginning of April, freeing up COVID-19 vaccines for every adult who wants one. This change means seniors, who currently make up almost forty percent of America’s total inoculated population, will get a smaller share of vaccine jabs. Still, public health officials assume plenty of vaccine doses to be available.

Vaccinations have sped up for months, setting a one-day record of almost 4.1M shots reported on March 3, and drug makers expect to continue ramping up their production.