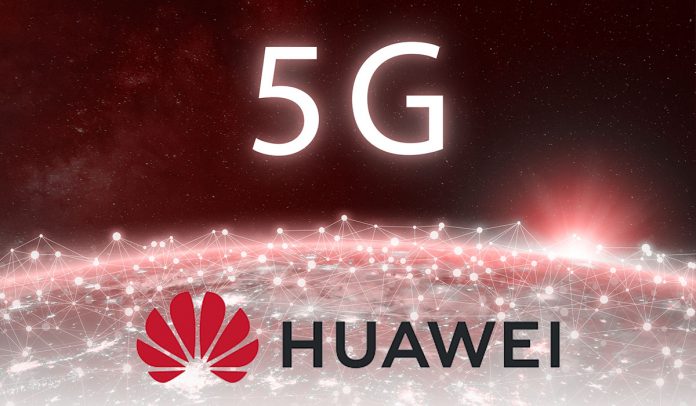 The United Kingdom banned Huawei, a Chinese tech giant from its 5G telecom network, after reversing its January decision to allow telecommunications firm a limited role in building the latest super-fast wireless infrastructure of the country. On Tuesday, the government of the United Kingdom announced giving time until 2027 to operators such as Vodafone and BT to remove current Huawei equipment from 5G networks.

BREAKING: The United Kingdom has banned Huawei from its 5G telecom network. Operators such as BT and Vodafone have been given until 2027 to remove existing Huawei equipment from their 5G networks. https://t.co/grUK8CJktx

Oliver Dowden, the Digital and Cultural Minister, said that the latest United States sanctions imposed on the tech giant in May significantly changed the whole scenario. Dowden adds that given the uncertainty that creates around the supply chain of Huawei, the government of the U.K. can no longer be confident to guarantee the security of future 5G equipment of Huawei.

The decision of the U.K. government is a big victory for the Trump administration, as it pushed its allies to exclude the telecommunication firm from their 5G networks, arguing that the company is a significant threat to national security. Last month, Mike Pompeo, the U.S. Secretary of State, declared that the wide is changing against Huawei as citizens across the world are waking up to the danger of the surveillance state of the Chinese Communist Party.

The U.K. decision will delay the rollout of 5G in-country by at least one year

Dowden said that it risks criticism from China as the U.K. looks for new business opportunities across the world after Brexit. It will delay the rollout of 5G in the United Kingdom by at least one year. The Trump campaign against Huawei received mixed success until the latest sanctions in May more reduced the ability of the company to produce and acquire semiconductor chips using U.S.-made technology.

It prompted another Britain security review of the involvement of the company in the U.K network, leading to the National Security Council Tuesday’s decision to order the phased removal of its technology.

Huawei to face huge consequences in terms of revenue after the U.K. decision

The decision from the U.K. government is a big shock for Huawei, as it operated in the country for twenty years. Europe is the main market for Huawei, accounting for twenty-four percent of sales the previous year. On Monday, Huawei announced that the first six months results earlier than usual reported slower revenue growth. The Chinese firm is already facing a decline in the sales of smartphones after the United States blocked it from accessing popular Google apps. As a result, the smartphones of Huawei became a lot less attractive in worldwide markets rather than in China.

“It is confident that the recent United States sanctions will not affect the” security or resilience” of its products,” Huawei further described the U.K. announcement as disappointing. A spokesman for Huawei in Britain, Ed Brewster, said that it threatens to move the U.K. into the slow digital lane, push up bills and stronger the digital divide. Unfortunately, the future of Huawei in the U.K. becomes politicized; it is only the U.S. trade policy, not security.

The sanctions of the United States restrict companies such as TSMC, a Taiwan-based company, from exporting computer chips and other crucial components to Huawei. Whereas, without them, Huawei has no ability to build 5G base stations and other equipment. Edison Lee, the analyst of Jefferies, said last month that because of the present direct export rule that the United States put on, he believes that the 5G equipment business of Huawei has to face a huge danger.

Read Also: Four Major Issues of Huawei to face in 2020 after blacklisting decision