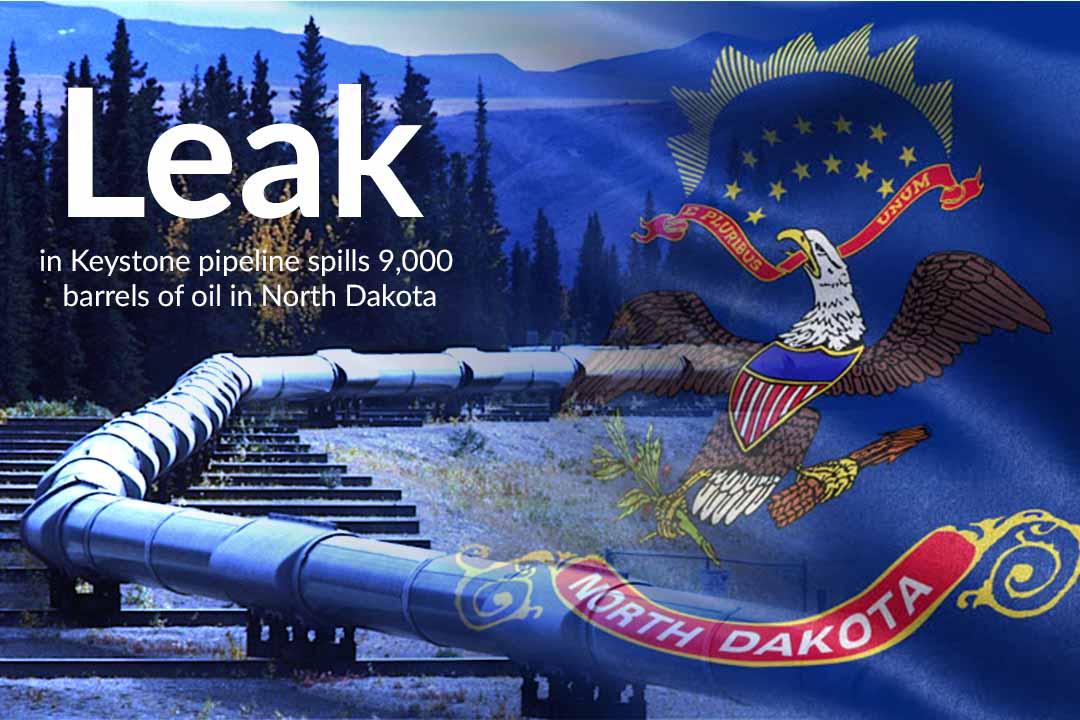 The company said that over nine thousand barrels of oil spilled from due to leakage in the Keystone Pipeline in northeastern North Dakota. During the last two years, it is the second-largest spill in the pipeline that starts from the tar sands region of Canada and goes through seven states of the United States. Water quality division director of North Dakota, Karl Rockeman, said that after the discovery of leakage on Tuesday night. Wetlands area mostly affected due to the oil spills.

The operator of the pipeline, TC Energy, formerly identified as TransCanada, said that about 9,120 barrels of oil, sufficient to fill half of an Olympic-sized swimming pool, leak in the spill. TC energy said that the incident of leakage happened near the facilities of the company nearby Edinburg, a community of about two-hundred people in Walsh Country approximately sixty miles northwest of Grand Forks. Environmental Quality’s North Dakota Department said that the leak was three miles northwest of Edinburg. In an earlier update, TC Energy said that their emergency response team controlled the impacted zone, and leak oil has not dispersed beyond the affected area.

Furthermore, the company said that crews continue their focus on oil recovery and will start the repair operation of the pipeline. It added, to recover the oil, crews used the vacuum trucks and backhoes. Rockeman told a news website that some wetlands got affected because of the spill, but fortunately, any sources of drinking water not affected.

Over 2 lac gallons, equivalent to about 4,700 barrels of oil leaked in South Dakota in November 2017. The leak happened in a sparsely inhabited area of Marshall County, near Amherst in the state’s northeastern part. The pipeline, having worth of $5.2 billion, designed to take crude oil across Manitoba and Saskatchewan, as well as through Kansas, Nebraska, North Dakota, South Dakota, and Missouri on the way to refineries in Illinois, Patoka, Oklahoma and Cushing and it can handle twenty-three million gallons per day.

The organization is planning to build the Keystone XL pipeline that would start in Alberta, Hardisty, and then go to Nebraska, Steele City. As the pipeline would cross an international border, the state department of the United States is gathering public comments on its revised statement based on environmental impact for the pipeline. An October 4 entry in the Federal Register declares the period of public comment expected to end on November 18. In 2015, the Obama administration rejected the proposal of Keystone XL, whereas, the Trump administration approved it in 2017. TC Energy announced proudly that the XL pipeline would produce jobs during construction besides other benefits. It says on its official website that it wants to begin construction in the coming year, and it will take about two years to complete. 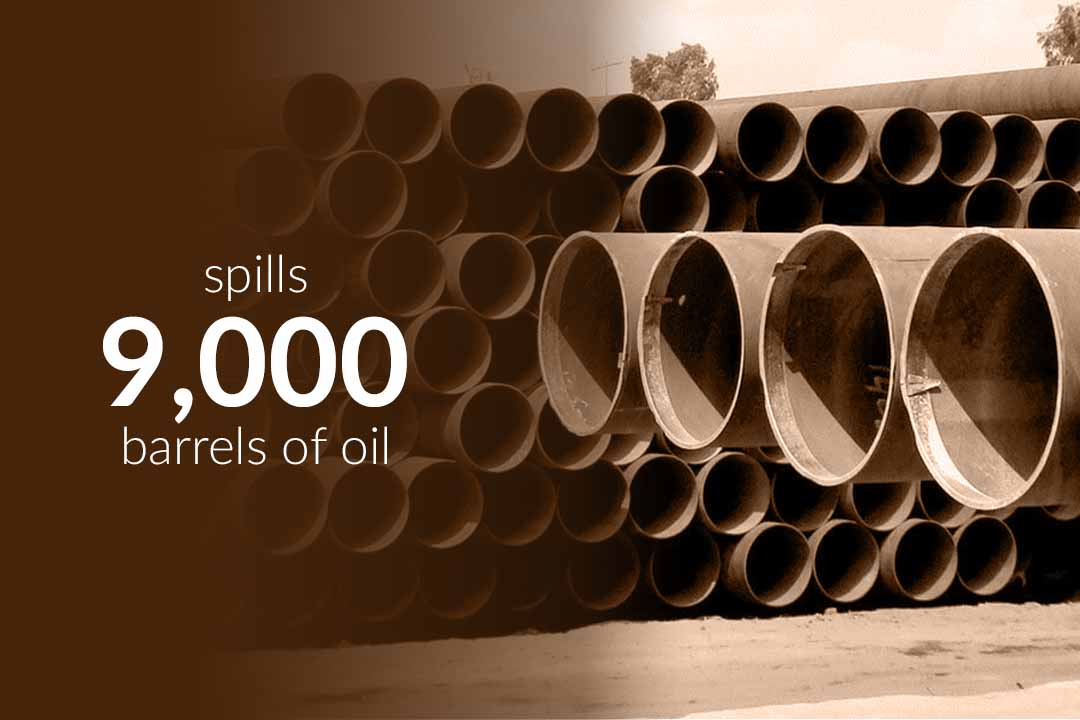 Environmental groups, as well as others, opposed the project. In a statement, the Sierra Club said that the spill from the Keystone one pipeline is one of a dozen spills in its operation’s first year. Catherine Collentine, Associate Director of Sierra Club Beyond Dirty Fuels said that still, they do not know the level of the damage from this latest tar sands spill, however, what they do know – not for the first time this pipeline spilled toxic tar sands, and it might not be the last. Collentine added, they always said that it’s not a question of whether a pipeline will spill in the future, but when, and once more, TC Energy made their case for them.

The Keystone pipeline just spilled AGAIN** — and is now the 8th largest pipeline oil spill in the past decade. 😡😡

**Brought to you by the corporation that wants to build the much larger #KXL pipeline and have it cut right through the Midwest… https://t.co/gHXxIC12Sw #NoKXL

Greenpeace USA tweeted on its official account that the pipeline of Keystone spilled again, and after this spill, it became the eighth largest oil pipeline spill in the past decade.

This is what happens when we have a president who ignores scientists and puts short-term fossil fuel profits ahead of the environment and the future of the planet.

As president, I will shut down the Keystone Pipeline that should never have been built in the first place. https://t.co/hZD5QhKo6k

Sen. Bernie Sanders, I-Vermont, also tweeted that all this happens at that time when they have a president who ignores scientists and puts short-term profits of fossil fuel ahead of the environment and the planet’s future. He accused U.S. President Donald Trump of ignoring science and giving importance to profit instead of the environment. As president, he will shut down the pipeline of Keystone that should never be constructed in the first place, Sanders added.