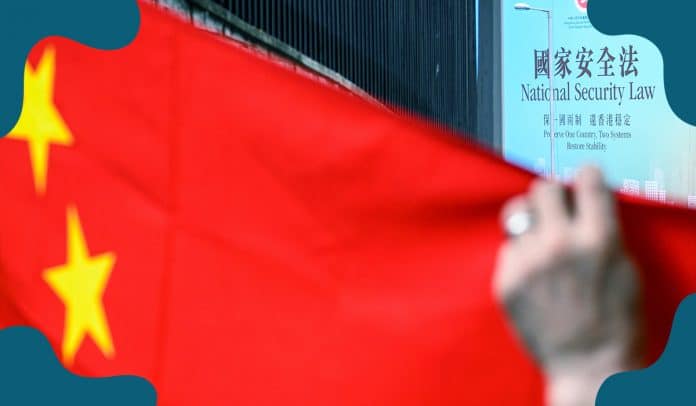 China reportedly passed a far-reaching Hong Kong national security law, that many experts fear may use to override current lawful processes and further erode the political and civil freedoms of the city. The National People’s Congress (NPC), the highest lawmaking body of Beijing, passed the law solidly on Tuesday morning, bypassing the legislature of Hong Kong through a rarely used constitutional backdoor, according to Radio Television Hong Kong (RTHK).

The law will allow China to set up special police and prosecution units in Hong Kong to punish crimes considered threatening to China, carrying a maximum penalty of life in jail. https://t.co/DfPWCbvNzh

Xinhua news, the Chinese state-run news agency previously reported that the law would forbid offenses like subversion, secession against terrorism, the Chinese government, and colluding with external forces. A draft of the passed law had not made publicly available. It means that most of the citizens of Hong Kong are still unaware of the details of the law that will now be going to govern their lives.

Officials didn’t confirm the passing of the law. However, according to RTHK, likely maximum sentencing for crimes under the law will be more than ten years imprisonment. Carrie Lam, the Chief Executive of Hong Kong, refused to comment on the development of the bill during the weekly press conference on Tuesday morning. She says that it may be unsuitable for responding to press questions while the meeting of NPC is still in progress.

Opposition representatives in Hong Kong, worldwide political leaders, and human rights groups heavily criticized the legislation. They are saying that the law will strengthen the direct control of Beijing over the semi-autonomous city. Similarly, some have the belief that the law may use to target political dissenters, a fear that stems from the judicial track record of China.

The law passing comes one day before the anniversary of the Handover of Hong Kong from British colonial rule to China on 1st July 1997. It becomes an annual day of protests throughout the city, but for the first time since the handover, police don’t give permission to hold peaceful protests.

The passing of law may bring more fuel for further anger and protests in the city. These protests rocked by over six months of the progressively violent anti-government conflict the previous year. The critics of the law say that the law marks the end of one country, two systems – a principle through which Hong Kong sustained civil liberties and limited democracy since coming under Chinese governance.

Significantly, those freedoms of the city include the right to free press, assembly as well as an independent judiciary that not enjoyed on the mainland China. State media and Chinese officials defended the passing of the law as key to protecting national security in the wake of the protests during last year and a seventeen-year failure by the government of Hong Kong to pass similar lawmaking since the last 2003 effort met with public protests. The government of China accused United States of Interference due to Senate passed bill backing Hong Kong protestors.

The law will allow the officials of mainland China to work in Hong Kong for the first time and permit Beijing the authority to override local laws, according to the blueprint of the law. Last week, Lam said in a statement that the law would guarantee the long-term stability and prosperity of Hong Kong and that it would only target a small minority of people. According to her, the bill was consistent with the rule of law and the freedoms and rights which are valid in Hong Kong under the Basic Law of the city as well as relevant international agreements.

The recent law will allow Beijing to found a national security office in Hong Kong, ran by mainland security services to control local authorities in regulating the law. Moreover, a national security commission will establish under Beijing-appointed adviser and functional under the administration of the central government.

Read Also: The economy of China Shrank for the first time in decades