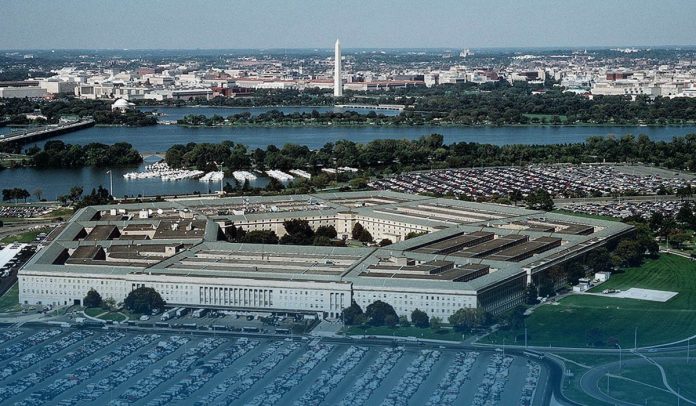 The FY-2022 National Defense Authorization Act (NDAA) approves nearly 770 Bn dollars in funding for the U.S. Defense Department, passed in the United States House of Representatives late Tuesday. The bill now proceeds to the U.S. Senate, where it would possibly be voted on later this week, prior it could be signed into law by Joe Biden, the U.S. President.

The United States legislators sought to intensify Navy ship and aircraft purchases in an attempt to field a strong military and send a signal to Beijing and Moscow in a substantial annual bill released on Dec. 7. So, the NDAA authorizes around 770 Bn dollars in U.S. defense and adds to the Pentagon’s request for the aircraft and Navy ship purchases and increases force pay.

The massive defense bill passed with strong bipartisan support, with a final count of 363/70, with 194 GOPs and 169 Democrats voting for the bill, while 19 GOPs and 51 Dems not supporting the bill. Nancy Pelosi, the US House Speaker, was the only member to not support the bill.

What’s in the #FY22NDAA? A pay raise for our troops, landmark reforms on military sexual assault cases, increases in leave for military families, efforts to combat extremism in the military, and improvements to women’s health care.

That’s why I proudly voted for the NDAA. pic.twitter.com/h5GU5CJ4tS

What Does the Defense Bill Contain?

The Joe Biden government’s original budget request from May 2021 was discussed over the course of the year, and the United States Congress released its compromise ‘National Defense Authorization Act’ after GOP and Democratic leaders of the US House and Senate Armed Services Committees debated what should be included in the bill.

Furthermore, the bill’s final form, which leadership from both chambers of the United States Congress reached an agreement to, contains modifications to how “sexual assault and harassment” are handled within the armed force, a 2.7 percent pay growth for the military personnel and DoD civilian workers.

Moreover, the bill contains 300M dollars in military support to the Ukraine Security Assistance Initiative (USAI), adding fifty million dollars more than what was proposed in the budget appeal, summaries of the text of the bill from the United States House and Senate Armed Services Committees specified.

In addition, the sweeping bill targets matters that have been of greatest concern for Lloyd Austin, the U.S. Defense Secretary, since he took the helm of the Defense Department in January, from the handling of sexual harassment within the armed force to changes to bias and discrimination education and training for all branches in the military.

Also, on the foreign policy front, it creates a lengthy independent Afghanistan War Commission to observe the war in the Islamic Republic after American military withdrawal in August this year, covering the entire two decades of the war.