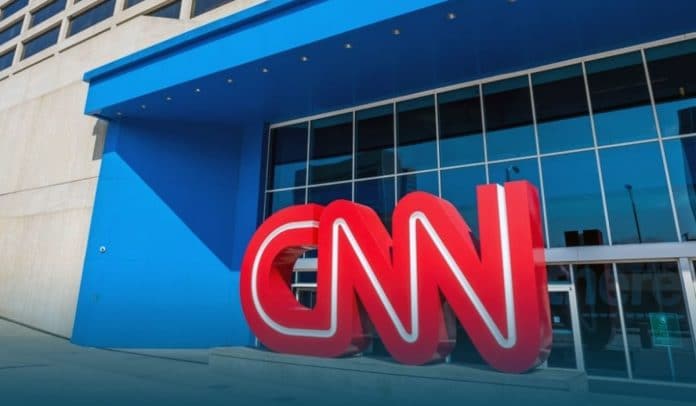 Cable News Network has been hemorrhaging its audience since former U.S. President Trump left office, losing almost 50% of its audience in key measurables since January 2021 following a brief post-Election Day spike. A report said on Thursday that CNN is down in the key 24-54 age group viewers.

Fox News also suffered its ratings hit after its viewership dropped 13% in January.

CNN averaged 1.7M viewers from November 4 through January 20, but it dropped to 1.1M since Mr. Biden took office for a 34 percent fall. The news outlet shed 44 percent of its total day-time viewers among the key demo, dropping from an average of 0.483M to only 0.272M during the same period.

On Monday, Journalism legend Ted Koppel mocked outlet’s Brian Stelter to his face, telling the Reliable Sources host that ‘CNN’s ratings would be in the toilet without Donald Trump.’

Brian Stelter shook his head in disagreement, but it turns out that Koppel was onto something.

Moreover, CNN averaged 3.1M prime-time viewers from December 28 through January 20, but it plummeted to 1.6M from Inauguration Day to the present for a drop of forty-nine percent. When it comes to the key demo, the news outlet lost a staggering 58 percent of its viewers during the same time.

CNN also lost nearly 50% of its viewers among the total day-time audience. Cable News Channel averaged 2.2M day-time viewers from December 28-to-January 20, owing in part to viewers flocking to cable news for coverage of the Capitol riot (January 6) and its aftermath. But the cable network has since averaged only 1.1M viewers for a significant 48 percent decline.

Along with the declining viewership, CNN has been embarrassed by its handling of multiple scandals surrounding New York Governor Andrew Cuomo (a Democrat).

The Cable News Network notoriously allowed Chris Cuomo (his younger brother) to conduct a series of playful interviews in 2020 while mainly dodging lingering questions about the nursing home crisis in New York.

Cable News Network was then mocked for imposing a ban on the Cuomo Prime Time host intervening with his big brother once the governor became engulfed with sexual harassment allegations.