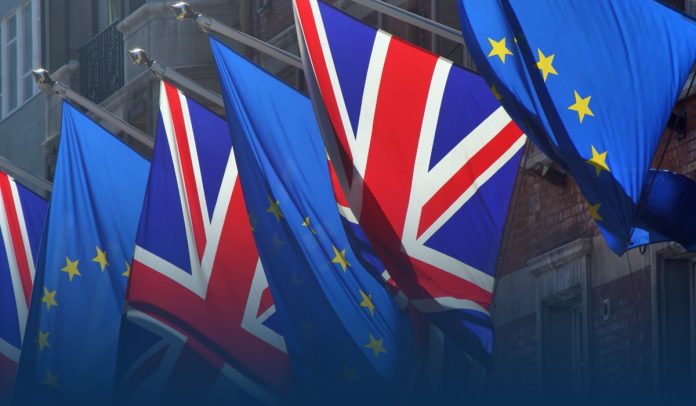 The European Union (EU) launched legal measures on Monday against the United Kingdom over its alleged breach of the Brexit divorce agreement’s contentious Northern Ireland Protocol.

The action comes after Brandon Lewis, Northern Ireland Secretary, announced on March 3 that the U.K planned to continue to bypass bureaucratic requirements on those imports until October 1. A Brexit grace period on those checks is currently scheduled to expire at the end of March 2021.

BREAKING: The EU will take legal action today against the UK over its unilateral move to change the terms of the Northern Ireland Protocol, @rtenews understands.

This 3-month extension from the end of the Brexit transition period on January 1 was an agreed goodwill measure to permit the affected food industries to adapt to the new trade blocks across the Irish Sea.

The 27-countries bloc is objecting to the U.K unilaterally prolonging a grace period beyond April that applies to the trade on the island of Ireland, where the U.K and the EU share a land-border, a particular trade scheme was set up as part of the Brexit deal.

The EU has sent a letter to London demanding it tilts this decision and has given formal notice of Brussels’s plans to kick-start an ‘infringement procedure,’ which could lead to fines being imposed by the top court of EU. That could be at least a year off, but leaving time for finding a solution.

The European Commission vice president, Maros Sefcovic, sent a separate letter to his British counterpart David Frost looking for talks to resolve the issue in March.

2/ The European Commission will issue legal proceedings through two letters to the British government, following its decision on March 3 to unilaterally extend grace periods which eased the full implementation of the Protocol.

The political letter called the U.K’s unilateral measures ‘a violation of the duty of good faith’ and called on London to enter ‘bilateral consultations in the joint committee in good faith, to reach a mutually agreed solution quickly.’

Stressing that those talks should begin by the end of March, the letter also issued a harsh rebuke of the United Kingdom’s moves.

The U.K says it hasn’t violated the deal, which leaves the U.K-ruled province of Northern Ireland subject to some European Union regulations, and requires checks on some goods arriving there from other parts of the United Kingdom.

On Monday, British PM Boris Johnson says the extension was simply a technical decision aimed at being fair. He said the NI protocol should guarantee trade between Northern Ireland and Britain and across Northern Ireland’s land border with Ireland.

Later, a government spokesman said Monday that Britain received the European Union letter and would respond in due course.

The dispute symbols yet another worsening of relations between the two sides since a divorce transition period ended on January 1, 2021, with disputes over COVID-19 vaccines and the level of diplomatic recognition of the European Union in the United Kingdom.

This is the second time the EU feuded with the U.K over the Irish question. In September 2020, the U.K did acknowledge its Internal Market Bill would violate international law by breaching sections of the Withdrawal Agreement treaty it signed last January when it formally left the EU.

The legislation would have given Johnson’s administration the power to override part of the Brexit Withdrawal Agreement relating to Northern Ireland. However, it dropped specific contentious clauses in December, two weeks before the two sides struck a trade deal.

The sensitivity of Northern Ireland’s situation was underscored in the current year when the EU threatened to ban deliveries of COVID-19 vaccines to Northern Ireland as part of actions to shore up the bloc’s supply. That would have ultimately drawn a hard border on Ireland’s island.

Northern Ireland is the United Kingdom’s part but persisted as a member of the EU’s single-market for goods after Brexit to bypass a hard border that could revive sectarian violence.

For sure, that means the products arriving from the U.K face EU import regulations. The grace periods cover areas such as supermarket supplies and parcel deliveries to Northern Ireland from the rest of the U.K, and mean checks are not still fully applied.