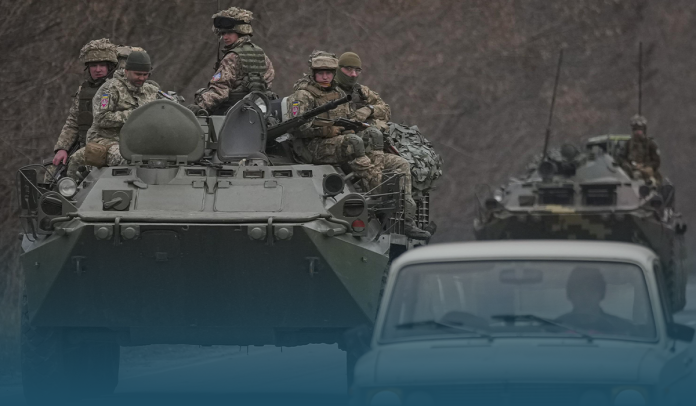 On Wednesday, the foreign ministers of the G-7 leading industrial nations have officially asked Moscow to immediately return full control of the Nuclear power station in Enerhodar to its rightful sovereign owner, Ukraine, amid warnings from the International Atomic Energy Agency, the United Nations nuclear watchdog, that damage to the plant could cause a potential nuclear disaster.

According to a statement released in Germany, the Foreign Ministers of the Group of Seven nations – France, Italy, Germany, Japan, the U.S., and the U.K., Canada – and the EU’s High Representative restated their strongest condemnation of the continuing barbarity and unjustifiable war of the Russian military forces against their neighbor. The Kremlin must instantly pull out its forces from within Ukraine’s internationally recognized boundary lines and respect the country’s land, freedom, and autonomy.

Furthermore, the EEAS press release reads that the Group of Seven economic powers demands that Moscow proximately return full control of Zaporizhzhya NPP to Kyiv as well as all atomic facilities within the country to guarantee their safe and secure operations.

The statement also said that the Ukrainian operating staff for the Zaporizhzhya NPP, the largest nuclear power station in Europe, must be capable of freely carrying out their responsibilities. It added that’s Moscow’s ongoing control of the atomic power station that puts the region at risk.

The nuclear power plant in the southeastern part of embattled Ukraine, which is among the ten largest NPP in the world, has been bombarded many times and was partially harmed recently. However, the critical energy infrastructure is fortunately safe. Moscow and Kyiv officials accused each other of the strikes, and the allegations couldn’t be independently verified.

Russia has been constantly shelling Ukrainian positions from the city of Enerhodar and accused Ukraine of shelling the Russian-controlled Zaporizhzhia Nuclear Power Plant in Enerhodar.

IAEA Chief is Set to Address the UNSC

According to the media reports, on the Kremlin’s initiative, the U.N. Security Council (UNSC) will address the attack on Thursday in New York. And Rafael Mariano Grossi, the IAEA Director-General, is set to address the UNSC.

The statement on Wednesday also said that G-7 foreign ministers welcome and support the efforts of Mr. Grossi to strengthen nuclear security and safety in war-torn Ukraine, and they express gratitude to the IAEA Director-General and other agency staffers for their loyalty in this regard.

The Foreign Ministers of the G-7 cautioned that Kremlin’s actions markedly increased the risk of a nuclear disaster and endangered innocent Ukrainians, neighboring nations, and the world. Moreover, according to a senior media correspondent John Hendren, the chief of Enerhoatom, a Ukrainian state enterprise operating all four atomic power plants in Ukraine, notified the network that Moscow wanted to isolate Zaporizhzhia NPP from Ukraine’s power system.

Ukrainian officials also blamed Moscow for exploiting its position at the NPP to hit Marhanets, a city in Nikopol Raion of Dnipropetrovsk Oblast, in a rocker attack that took the lives of thirteen Ukrainians and severely injured many others. However, Moscow didn’t provide any statement on Kyiv’s accusations of a rocket launch on the town.