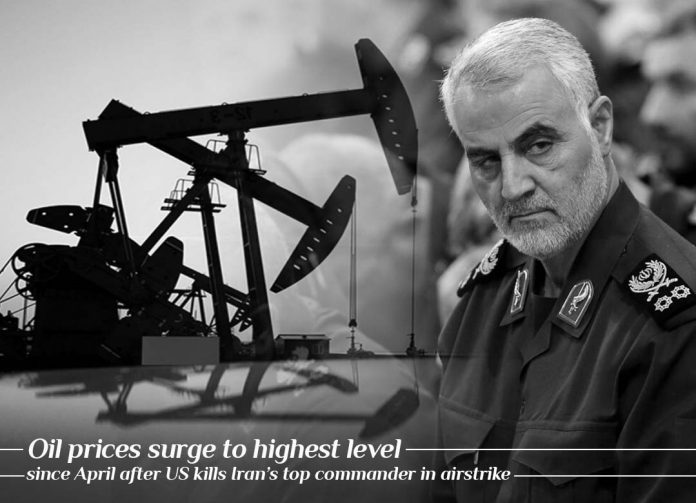 After the confirmation from Pentagon that they killed Iran’s top general in an airstrike in Baghdad, the oil prices surged 3% on Friday. The United States killing of Iranian commander raised concerns about a major conflict between Iran and the U.S, and it might disrupt energy production in the region. According to the statement released by the U.S. Department of Defense, the military of the United States took the critical defensive action to protect its people abroad by killing Qasem Soleimani with an airstrike.

Global benchmark Brent crude gained 3.6% or $2.42 to trade at $68.67 after earlier trading as much as $69.50. The United States West Texas Intermediate grew 3% or $1.87 to settle at about $63.05 per barrel. WTI traded at around $64.09 earlier in the session, its highest level since April. Senior global analyst at Stratfor, Matthew Bey, said that the attack would probably arouse significant revenge from Iran in addition to Iranian-backed militia in Iraq.

Bey told CNBC that Iran likely to return to support attacks on the infrastructure of oil in the Persian Gulf and the remaining region in the Middle East. Tehran might also consider attacks on the oil infrastructure of Saudi Arabia if tensions intensify, and it would have both the willingness and capability to attack main choke points that might take months to reconstruct in Saudi Arabia.

General Qassem Soleimani has killed or badly wounded thousands of Americans over an extended period of time, and was plotting to kill many more…but got caught! He was directly and indirectly responsible for the death of millions of people, including the recent large number….

….of PROTESTERS killed in Iran itself. While Iran will never be able to properly admit it, Soleimani was both hated and feared within the country. They are not nearly as saddened as the leaders will let the outside world believe. He should have been taken out many years ago!

General Qasem Soleimani, who led Iran’s elite Revolutionary Guards special forces unit, killed by U.S. airstrike along with Abu Mahdi al-Muhandis, the deputy commander of Iran-assisted militias recognized as the Popular Mobilization Forces, Iraq officials and television reported. He was the main figure in the politics of Iran and the United States blamed him for this week’s attack on the United States embassy in Baghdad. 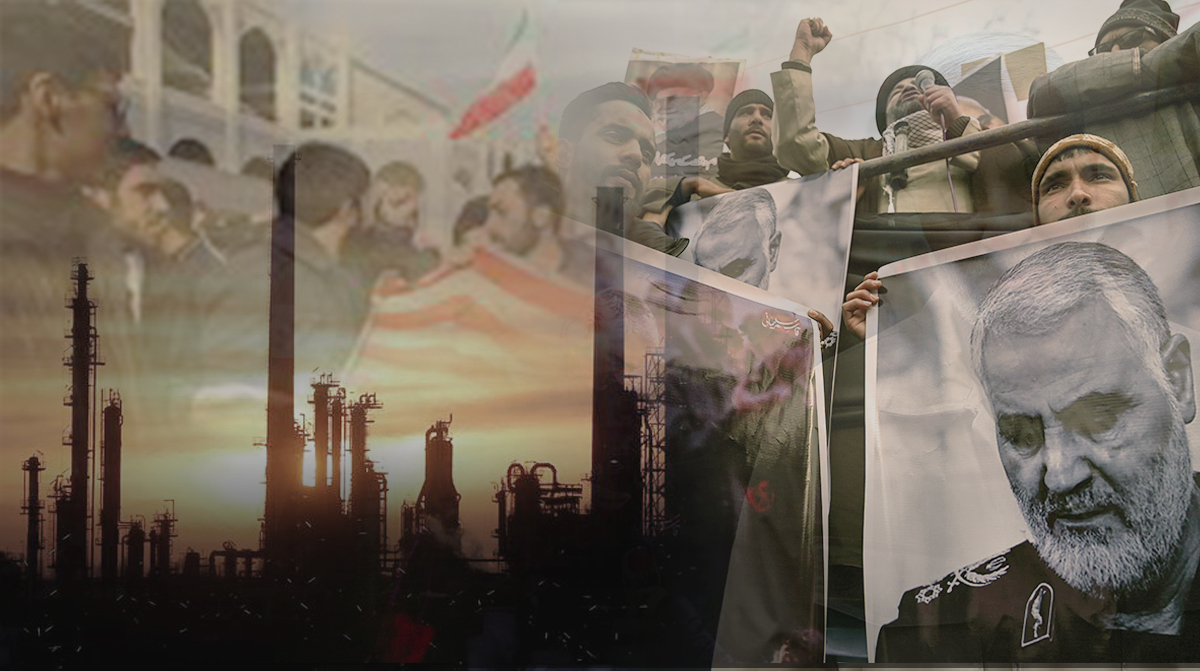 Energy Aspects’ Amrita Sen Said on Friday that it’s been a gut reaction because everyone is asking that how Iran is going to react and that’s the reason world seen prices jump 3 to 4%. The actual risk is how Iran reacts to the killing of Soleimani. People see that what it can do in the Saudi Kingdom, does it do the same activities again, might another attack on Saudi oil facilities. She said the reaction would probably take some time, and in the meantime, crude oil might give back some gains.

Mohammad Javad Zarif, the Iranian Foreign Minister, said that Iran swore to hit back against the U.S., and he tweeted that the United States accepts the responsibility for all consequences of its scoundrel adventurism.

The US bears responsibility for all consequences of its rogue adventurism.

Hassan Rouhani, the President of Iran, said that their stance against the United States would mean more critical moving ahead. Whereas, Amir Hatami, the Defense Minister, said that Iran would take severe revenge.

The flag of General Soleimani in defense of the country’s territorial integrity and the fight against terrorism and extremism in the region will be raised, and the path of resistance to US excesses will continue. The great nation of Iran will take revenge for this heinous crime.

The Associated Press quoted an anonymity official of Iraq, who said that al-Muhandis arrived at the airport in a group to welcome Soleimani, whose plane reached from either Syria or Lebanon. The U.S. airstrike hit convoy as soon as he descended from the airplane to be received by al-Muhandis and his companions, all of them lose their lives.

According to AP, the body of General Soleimani identified by the ring he wore, that cited a senior politician of Iraq. The attack came after tension with the U.S. after an Eve of New Year attack by Iran-backed militants on the United States Embassy in Baghdad. The two-day attack on the embassy that ended last Wednesday provoked U.S. President Trump to order around 750 U.S. army personnel deployed to the Middle East.

The airstrike on Soleimani convoy comes following a specifically strong 4th quarter for oil, that saw OPEC+ announce more than expected production cuts in December, and after drone strikes on Abqaiq and Khurais oil facilities of Saudi Arabia rocked the international markets. After that September 2019 attack, Brent and WTI both surged about 8%. In December, WTI gained around 10.68% – it’s the best month since January 2019 – and almost 12.93% for the quarter. Its’ gain of 34.46% for the year was its best since 2016.

Brent gained 5.7% in December 2019 and about 8.59% for the quarter. Also, it had its best year in terms of gain since 2016, with gaining 22.68%. Ed Morse, Citi’s worldwide head of commodity research, wrote in a note on Friday that after the strikes, the major attention of markets short-term is sensibly the risk of a military retaliate from Iran in a market that has become integrally bullish.

The Street is observing for potential complications in the other oil-rich countries of the region, including Iraq. According to a report from Reuters, the country’s oil ministry said on Friday that production, as well as export, remains unaffected. RBC Markets’s head of global commodity strategy, Helima Croft told CNBC in an email that it brings them to the precipice of a full flash shooting war with the Islamic Republic of Iran – not a proxy war or a shadow war.

She added, it almost impossible to exaggerate the consequences of this event. On the other side, the Energy Information Administration of the United States said on Friday that inventories decreased by around 11.5 million barrels for the week ending December 27. However, analysts are expecting a decay of about 5.5 million barrels. The report delayed because of the holiday.