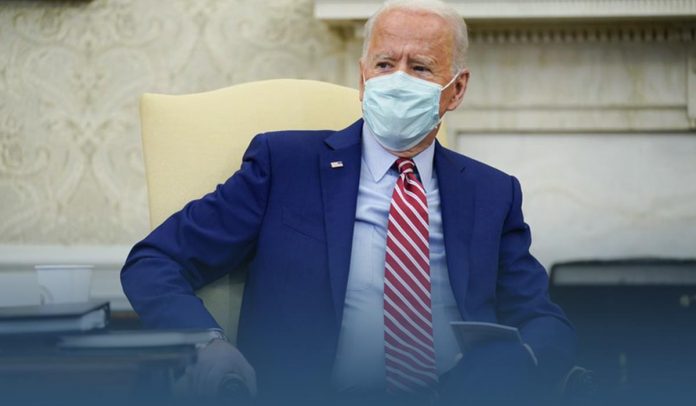 President Joe Biden said Thursday that ‘some minds may be changed’ by Democratic House prosecutors at the impeachment trial of former President Trump. But the statement, made off the cuff in a meeting with reporters, seemed to go against his government’s strategy of intentionally ignoring the proceedings.

White House press secretary said later that she believed Biden had actually said ‘minds may be changed, or may not.’ Psaki described his comments as a ‘human reaction’ to watching distressing trial footage that shouldn’t be confused for political analysis.

Biden just now on the Senate trial: “My guess is some minds may have been changed, I don’t know.”

Psaki avoided questions on whether the president had a responsibility to opine on the possibility of a conviction of Trump.

Ms. Psaki stated Biden is not on the board and he is not in the Senate. His role is to be the U.S. president, and that is the role he currently plays.

Biden and his advisers insisted for days that he is not paying close attention to the Senate trial of Trump. On Thursday, the president hosted legislators for a discussion about infrastructure. He addressed the impeachment footage and visited a laboratory at the NIH.

Joe Biden is focusing on the Coronavirus pandemic and economy

Biden said he thinks the Senate has a vital job to complete. Moreover, his guess is some minds may be changed, but he doesn’t know.

After brief remarks on infrastructure, Mr. Biden, responding to a reporter’s question in the Oval Office, said he has not seen the former president’s trial and is instead focused on his job.

When asked if he had seen the graphic videos shown to senators on Wednesday of the Capitol riot last month, Joe Biden responded that he was working to deal with the promises he made. He added his administration all know, and they have to move on.

Moreover, Biden said that he watched news reports of the trial Wednesday night because he was going straight through the last night until a little after 9.

Biden and his administration largely dodged weighing in on the impeachment proceedings against Trump. The Senate is widely expected to acquit Trump after all, but six Republican senators voted that the trial was unconstitutional.

Sen. Bill Cassidy was one of those six, altering his stance after previously voting that the trial was unconstitutional.

Cassidy came under fire from Louisiana’s state Republican party after he was the only Republican Senator to flip positions on the trial’s constitutionality. He walled his move, saying that Mr. Trump’s defense did a terrible job.

The new president and his management are set on delivering the message that he focuses on the state’s economic situation. Moreover, he focuses on the epidemic that is still taking about 3000 lives daily and efforts to reverse Trump’s legacy.

While the White House prioritized the road to the president’s $1.9 trillion relief package, Biden indicated that he plans to push for more spending after that is approved. The strategy is part of his struggle to build back better, a slogan he used during his presidential campaign.

On the second day of Trump’s impeachment hearing, House impeachment managers provided a comprehensive timeline of the insurrections, including previously unreleased footage of the violence that unfolded at the Capitol following Trump’s speech. In that speech, he told his followers to go to Capitol Hill to fight and stop the stealing.