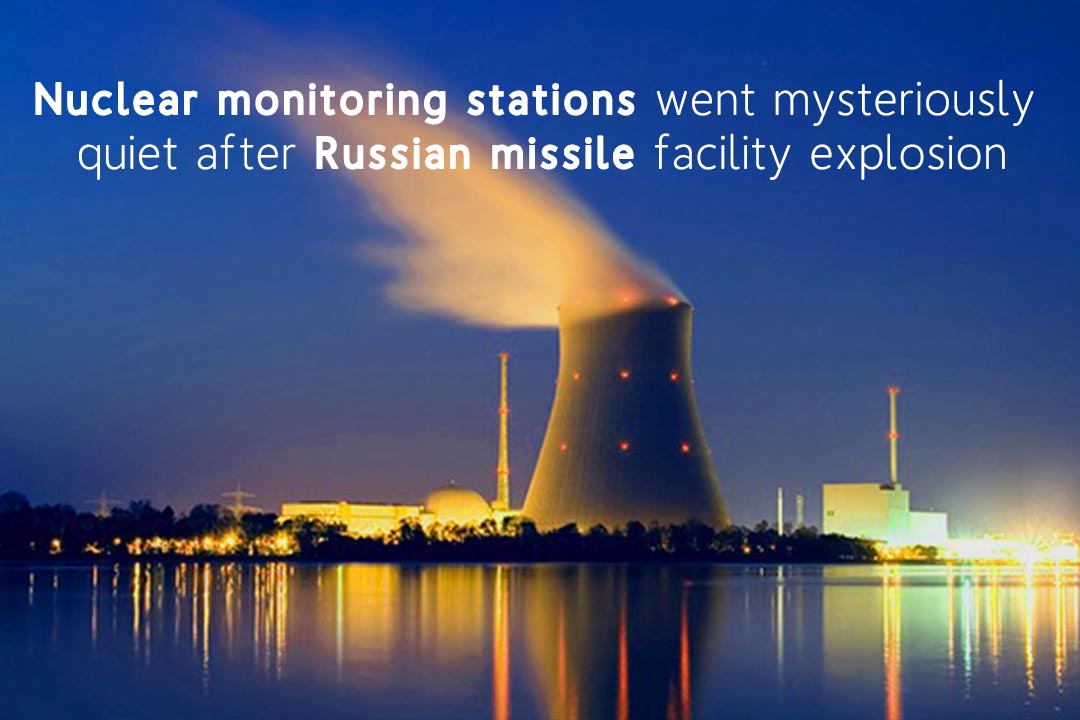 After the explosion at a Russian missile testing facility on the 8th of August, four nuclear monitoring stations of Russia that use to observe radioactive particles in the atmosphere have gone quiet mysteriously. According to the statistics of a Comprehensive Nuclear-Test-Ban Treaty Organization (CTBTO), the explosion caused concerns and confusion about potential increases in radiation levels. CTBTO is an independent organization, and it monitors the violations during nuclear weapons testing with the help of about 300 monitoring stations worldwide. Both the U.S. and Russia are signatories to the agreement.

The organization said that the two radionuclide stations of Russia such as Kirov and Dubna suddenly stopped transmitting information within the two days of the explosion. A spokesman of the organization said that according to their usual routine international procedure, the CTBTO called the Station Operators immediately when the problem started. In response, they reported a network and communication issues while the organization is waiting for the detail reports when the stations or/and the communication system will restore to function properly.

Furthermore, a senior official of CTBTO shared the information that Zalesovo and Bilibino stations went silent on the 13th of August. Official added, experts, making efforts to approach their collaborators in Russia to start the operations of station again as soon as possible.

Worldwide Radionuclide Stations of the organization

There are about eighty radionuclide stations of the organization all over the world, and they are responsible for measuring the radioactive particles in the atmosphere. Moreover, only these measurements can give a flawless indication as to either the explosion noticed by the other means was, in fact, nuclear or not.

However, the officials of the United States considering the explosion as a result of the nuclear-propelled Russian missile SSC-X-9 testing that NATO titled the code name of “Skyfall.” The missile found to use a nuclear reactor to boost up its flight which gives it the ability to fly for an extended time than a usual conventional missile.

Casualties in the missile site explosion

In the missile site explosion, the five Russian military scientists lost their lives. It is a strong gossip as Moscow provides very rare details of the incident and express by only saying that accidents happen.

Local authorities declared a small rise in radiation after the explosion, whereas Defense Ministry of Russia reported the radiation levels on normal state. Besides, the TASS, the Russian state news agency reported previous week that the authorities of Russia announced for the evacuation of a village near the site of the alleged failed missile test.

Likewise, the Nuclear Safety Authority and the Norwegian Radiation said last week that they detected tiny particles of radioactive iodine at an air-filter station, one week after the massive explosion. U.S. President Trump tweeted that the United States is learning too much from the explosion after a failed missile test in Russia. He added, people, become worried after the Russian Skyfall explosion about the air near the facility and far beyond is not good.

The United States is learning much from the failed missile explosion in Russia. We have similar, though more advanced, technology. The Russian “Skyfall” explosion has people worried about the air around the facility, and far beyond. Not good!