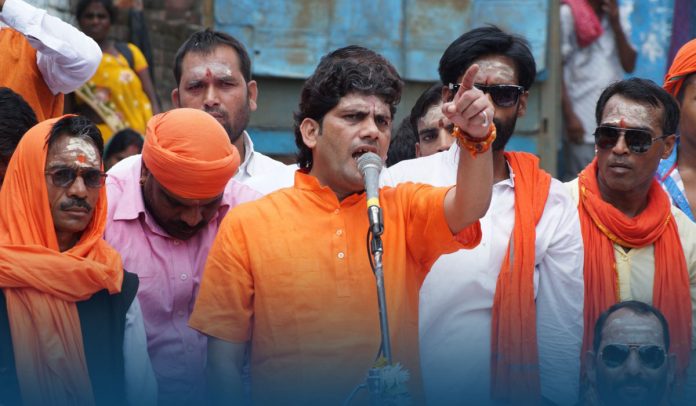 The Organizers and participants in the Sept. 10-12 Dismantling Global Hindutva (DGH) conference, co-sponsored by centers and departments of fifty-three American and international universities, mostly from the United States, including Stanford, Harvard, Princeton, Berkely, Columbia, University of Pennsylvania, University of Chicago, and Rutgers, say they received hate mails and death threats.

The three-day “Dismantling Global Hindutva” conference refers to a century-old right-wing Hindu movement that is aiming to create a Hindu State out of a multi-cultured India, home to over 200M Muslims. Participants and administrators in an online United States academic conference on Hindu nationalism express right-wing Hindus targeted the meeting, calling it Hindu-phobic and anti-Hindu.

We are watching as right-wing Hindu American groups harass, intimidate, and endanger academics, including students.

What you’re doing is beyond unacceptable. It is unethical, hate mongering, and very, very dangerous. Stop. Now. #Hindutva

While the threat to Meena Kandasamy was seemingly from an individual, she told the media that only right-wing Hindus are formally aiming her through tweets, posters, conferences, and mass trolling. She is sure the threats are from those group members. And Chopra said that those threats and harassment have been inconceivable and relentless in their scope.

One of the e-mails received by the conference organizer reads that if the event would take place, then he would become Osama Bin Laden and would kill all the speakers, “do not blame me.”

For the first time in America, academics and scholars from several international universities came together to organize a major online conference on Hindutva.

Furthermore, an Associate Professor at Santa Clara University, Rohit Chopra, who is one of the DGH organizers, said that the hate-level has been staggering. Speakers and organizers of the DGH conference had received hate mails, death threats, sexual violence threats, and threats of violence against their family members. Female participants have been subjected to the obnoxious kind of misogynistic threats and abuse, and religious minorities’ members have been aimed with sectarian and cattiest slurs in the ugliest kinds of languages.