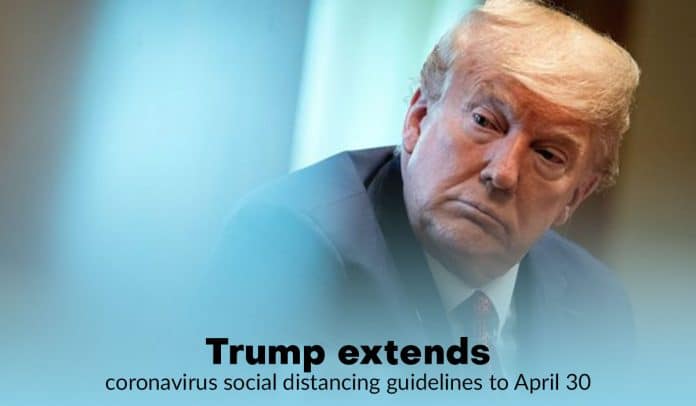 The American President Donald Trump said yesterday that he would extend social distancing guidelines across the country till 30th April amid the novel coronavirus epidemic. An unexpected back-down from his statement to re-open the nation as COVID-19 continues to spread. Two weeks ago, Trump announced the fifteen-days guidelines and was going to expire on Monday before his recent announcement. Whereas, Trump suggested over the last week that he intended to relax the guidelines, at least in some regions of the country.

Even the President floated Easter, on 12th April as a possible date by which the nation could return to normal routine. But on Sunday, he announced to extend the guidelines – which include recommended limits on big gatherings to 30th April, a sign his earlier forecasts excessively rosy.  On Sunday, Trump said at a news conference at White House that the better we respond, the quicker this nightmare will end. He adds that he will be finalizing a fresh strategy early this week and will announce the details on Tuesday.

The statement marked an unexpected turnaround from seven days ago when the President said he convinced that the restrictions regarding distancing causing severe damage to the U.S. economy. Even the adviser of Trump warned of terrible costs if U.S. national allowed to return to massive gatherings, Trump seemed as intent on allowing a return to normal routine life. But on Sunday, Trump appeared to recognize that the spread of the coronavirus not slowed down. The American President says that the figures show that the death rate peak will likely hit within fourteen days in the U.S. Still, he emphasizes that he is optimistic that the country will go sooner on its way to recovery by 1st June.

Afterward, 1st June America will move towards its recovery path

Donald Trump said that by 1st June, the United States starts its journey towards recovery. Several good things will be happening by June. He repeated his intention to return to the normal routine. The social distance guidance of the White House advises all the U.S. citizens to avoid groups of over ten people and urges older people to stay home. During the last one week, several options discussed among the advisers of Trump on possible alternatives to stabilize the economy, including allowing some of the U.S. states to return to routine more rapidly. 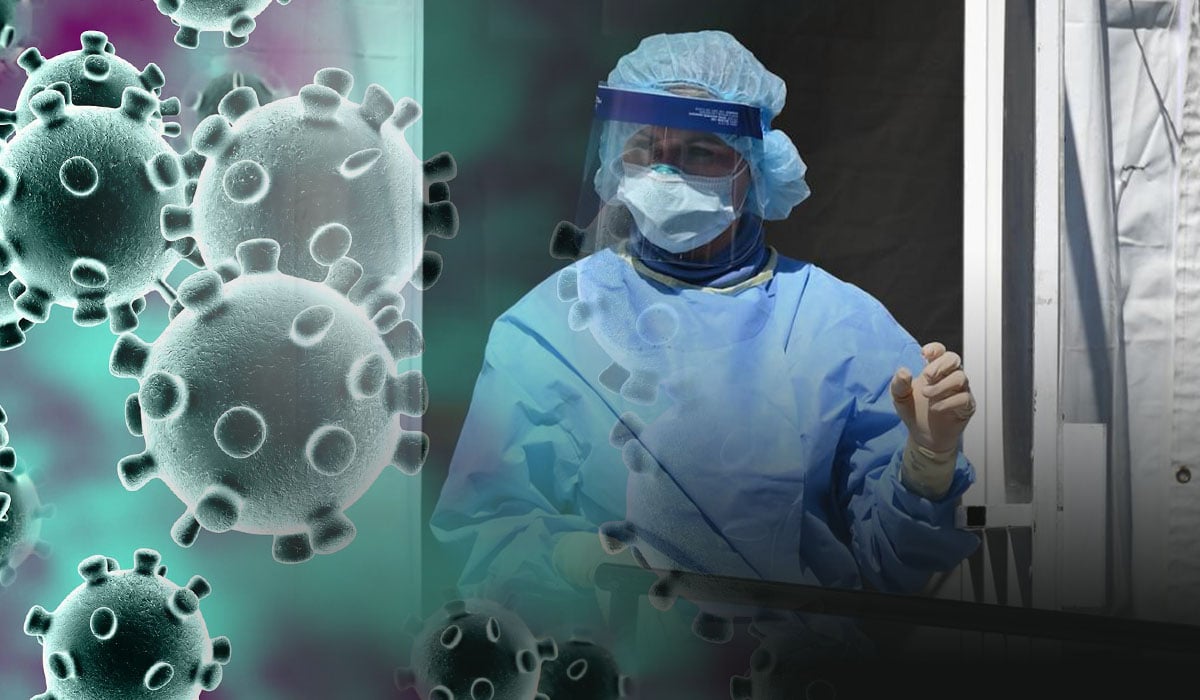 However, insistent problems in virus testing prohibited the complete picture of the COVID0-19 spread from becoming known, leaving the health and administrative officials without a transparent idea of which states managing better than others.  Dr. Anthony Fauci, the major infectious disease specialist, said that the scale of the virus outbreak gave unambiguous urgency. Previously, he forecasted that over one lac U.S. nationals could ultimately die from the COVID-19 with millions more infected with the virus.

During his press briefing, Trump suggested that he did not have faith that the higher numbers Fauci cited earlier in the day and named him to the podium. However, earlier he cited, Fauci, reiterated the statistics. The American President says that it is completely believable that over one million United States people may affect from the coronavirus. But he added mitigation and extending the previous distancing guidelines through April will confidently control those numbers.

Fauci was also among the health advisers on the team of Trump encouraging an extension of the current guidelines after the President heard from business leaders as well as from some conservative allies that the restrictions were more harmful than the virus itself.

What is the Priority of President Trump?

However, during the past one week, Trump seemed more cautious of lifting the guidelines he announced himself and which branded Trump’s fifteen days to slow the spread. On Friday, Trump says that American’s health is his top priority in dealing with the outspread, not the economy. Moreover, he suggests that he was conscious that the health officials would not advise a full-scale return to normal life

President Trump declared that “the peak in death rate” in the coronavirus pandemic “is likely to hit in two weeks,” and said the federal government will be extending its social-distancing guidelines through April 30. https://t.co/AbT252DH2g