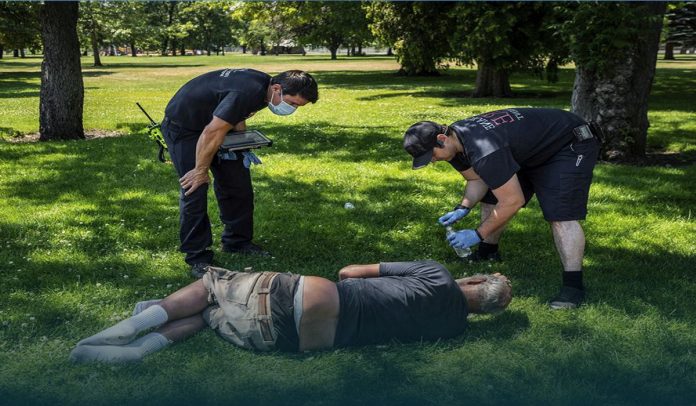 Every day, additional deaths are connected to the ‘Heat Wave’ that hit the US Pacific Northwest and Canada this recent week, with medical staffers who cured people overwhelmed by high temperatures saying that the heat-related death toll will keep rising. Hundreds of people died amid a heat wave in Washington state, Oregon, and British Columbia.

The dangerous heat wave started on 25th June and only started on Tuesday to subside in some areas. On Friday, the Oregon state medical examiner said that the number of deaths in Oregon alone had touched 95, with most occurring in Multnomah County.

The heat wave took Guatemalan immigrant Sebastian Francisco Perez, 38, as the farm-worker worked at a plant nursery in Marion County on Saturday during the soaring heat.

On Friday, Lisa Lapointe, British Columbia’s Chief Coroner, said that nearly 719 unprecedented deaths had been confirmed in the province amid a heat wave. Moreover, Lapointe said that the toll over a 7-day span is unexpected. Also, the heat-related death toll is threefold what would generally occur during the same course.

Lisa Lapointe said that the high temperatures are believed to be a major determinant in the rise; however, the toll is likely to rise as more data is compiled. Moreover, Washington state officials stated thirty heat-linked deaths, with additional reports coming each day this week.

What Does Heat Cause to Human Body?

On Thursday, the Washington State Health Department said that there were at least 1792 emergency-room visits for expected heat-linked illness since 25th June. Twenty-one percent of those visits needed hospitalization.

The Department of Health said that June 28 saw more emergency-room visits, with almost 702. Last Monday was the hottest day in numerous areas, with Portland, Oregon, Seattle, and some other cities breaking all-time heat records. The temperature reached 42C in Seattle and 47C in Oregon’s largest city.

According to the US CDC, there were at least 505 heat-linked deaths in America in 2019, but the actual toll might be higher. Another study found that more than 5500 deaths could be amid heat waves each year.

Being more than just uncomfortable, the heat could also prove to be deadly. When the human body is exposed to high temperatures, a human becomes more vulnerable to heatstroke. Increased body temperature causes heavy sweating, dehydration, clammy skin, headache, tiredness, dizziness, and a weak pulse. In this state, someone must move to a cool place, take a cool bath and sip water.