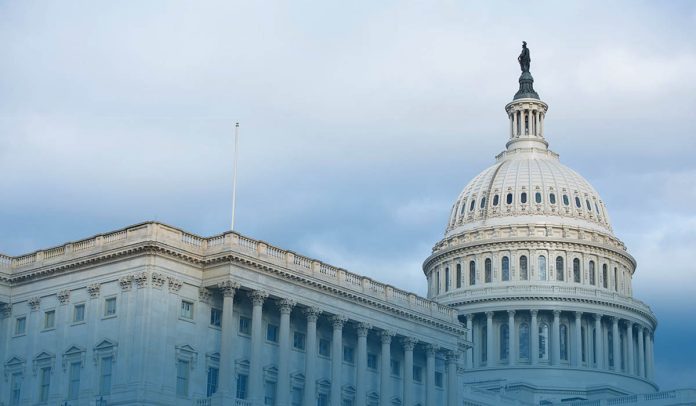 On Thursday, the United States Congress passed a bill to fund the US government through mid-February 2022, preventing the risk of a partial shutdown before the Friday deadline after overcoming a bid by some GOPs to postpone the vote in an objection against jab mandates; now sending the legislation to President Biden’s desk for his signature.

The U.S. Senate voted 69/28 to proceed with the continuing resolution, acting rapidly hours after the House approved the bill. It would now be sent to the Democratic President to sign, keeping the United States government funded until 18th February. The vote was overwhelmingly two-party, with nineteen GOPs supporting the bill.

The House of Representatives voted 221/212 with one GOP, Representative Adam Kinzinger, joining all of the Dems to pass the lawmaking.

Schumer said on the U.S. Senate floor ahead of the vote that he’s glad that, in the end, cooler heads prevailed, the administration would stay open, and he thanked the members of this chamber for walking them back from the brink of an avoidable, unnecessary and costly shutdown.

Rosa L. DeLauro, Chair House Committee on Appropriations, proclaimed early Thursday that House Dems agreed with GOP negotiators. She said the bill has virtually no changes to current funding or policy, although she stated it contains seven billion dollars for Afghanistan evacuees. Moreover, she also said the deal would permit legislators to craft a longer-term agreement that would take effect in 2022.

Before the vote, Patrick Leahy, Senate Appropriations Committee Chair, made clear that legislators still have work to do on the spending bills for the financial year.

Senate Dems overcame the effort by a few conservative GOPs to attach an amendment that would’ve avoided enforcement of the US President’s COVID-19 jab mandate for many American employees. Earlier, GOP Senators Ted Cruz, Roger Marshall, and Mike Lee had raised the likelihood that the government could partially shut down over the weekend while the upper house moves slowly toward ultimate passage.