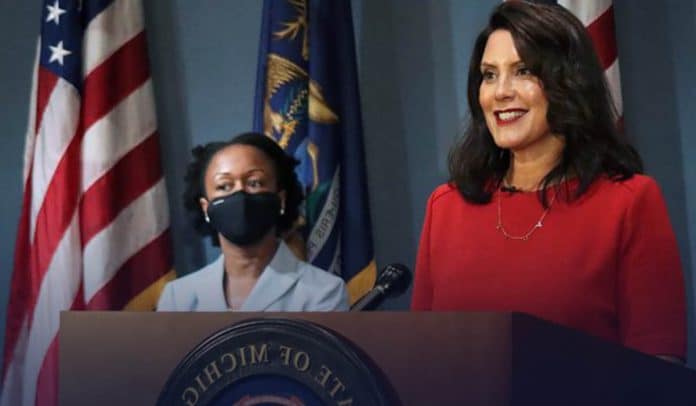 The Michigan Supreme Court has ruled that Gov. Gretchen Whitmer had no authority to issue or renew executive orders relating to Covid-19 beyond April 30 https://t.co/3hTjHVebST

The Democratic governor cited the Emergency Powers of the Governor Act of 1945 (EPGA) and the Emergency Management Act of 1976 (EMA) as the authority, with two lower courts later dismissing legal challenges to her actions. However, the Michigan Supreme ruled on Friday that Whitmer didn’t keep the authority under the EMA to re-declare a state of emergency or disaster based on the coronavirus epidemic.

Therefore, the Michigan Governor’s executive orders in response to the coronavirus pandemic now lack any basis under Michigan law. The governor issued a statement and criticized the ruling. She says that today’s ruling of the Supreme Court, led by a majority of Republican justices, is deeply disappointing. Whitmer fervently disagrees with the explanation of the Michigan Constitution of the court.

At the moment, every state and the federal government have some form of a declared emergency. With this court’s decision, Michigan will become the only outlier at a time when the Upper Peninsula is facing rates of coronavirus infection. According to John Hopkins University, as of 2nd October night, Michigan reported around 139,996 COVID-19 cases and about 7,100 deaths.

Whitmer noted that the latest court’s ruling wouldn’t take effect for at least twenty-one days and that her emergency declaration and other orders would remain in place until then. She stressed that the COVID-19 pandemic remains a clear danger. The virus now killed a greater number of Michiganders than World War I. It is a novel coronavirus with no cure, and it also infected the United States President, members of the U.S. Congress, and Legislators across the country.

Justice Stephen Markman wrote the footnote in the court’s decision in which the court said their decision leaves open several avenues for the Governor and Administration to work together to address this challenge. The Supreme Court of Michigan issued its opinion at the request if the United States District Court for the Western District of Michigan.

Whitmer, who declared a state lockdown in March and lifted it in June, faced a reaction about her closure orders. In April, protestors descended on Michigan’s Capitol to pressure the governor to issue additional relaxed measures. Trump attacked Whitmer, in personal terms over her criticism of his handling of the COVID-19 pandemic.

In May, the attorney general of Michigan sent a warning to Ford for allowing the president to refuse to wear a face covering in front of cameras during his visit to a manufacturing plant in the state. Likewise, in July, Whitmer called for a countrywide mask-up campaign to stem the spread of COVID-19.