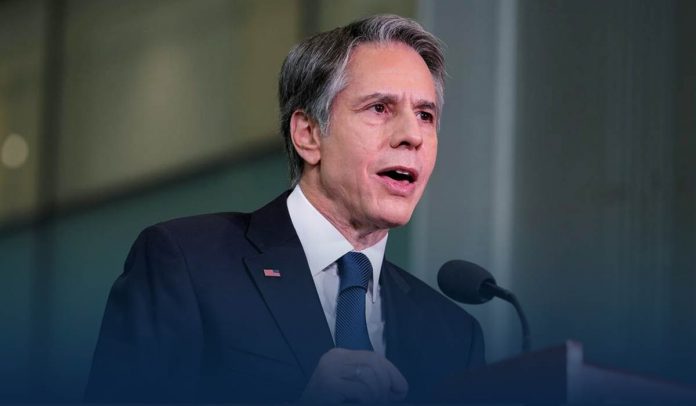 Antony Blinken, the U.S. State Secretary, beat back condemnation of the U.S. troops’ pullout from Afghanistan at a controversial congressional hearing as angry legislators accused the White House of presiding over a notable catastrophe.

In five hours of often testy exchanges with legislators, Antony Blinken defended the American President Joe Biden’s decision to withdraw from the Islamic Emirate and pushed back on accusations that the U.S. State Department should have done more to assist U.S. citizens and at-risk Afghani people to be relocated, blaming the former government for lacking a plan.

Moreover, Blinken frequently noted that ex-US President Donald Trump, a Republican, had negotiated the pullout agreement with the Afghan Taliban and defended the current U.S. administration’s failure to negotiate the agreement, insisting that threats from the hardline militant group to resume killing U.S. nationals were a security threat.

Blinken, in his Congressional testimony, refers to the Taliban as the “de facto” government of Afghanistan.

State Secretary Antony Blinken told the House Committee on Foreign Affairs that had the United States President selected to extend America’s longest war; it would have required deploying considerably additional American troops into the country to defend themselves and avoid a Taliban gain of control, taking causalities.

Moreover, Blinken said that there is no evidence that staying there longer would have made the Afghan National Defense and Security Forces any stronger or self-sufficiency.

Taliban insurgents gained control of Afghanistan in mid-August as ex-Afghan leader Ashraf Ghani fled to exile in the U.A.E. America and its partners have relocated 124000 people, primarily Afghani nationals but including over six thousand U.S. nationals, from Hamid Karzai International Airport, about all during a messy pullout in the last half of August, leaving behind nearly hundred American people.

Moreover, thirteen American forces and several Afghani were killed in a suicide bombing days before the withdrawal was completed.

Furthermore, the committee’s led GOP, Rep. Michael McCaul, characterized the American pullout as an absolute tragedy of epic proportion and noted that several interim authorities now controlling Afghanistan had once been held by America at the Guantanamo Bay Detention Camp in Cuba.

GOP Rep. Steve Chabot called American response a disrespect. He stated Yes, the majority of Americans wanted to evacuate from Afghanistan, but not like that.

Furthermore, Blinken said that American officials hadn’t foreseen the swift downfall of the Afghanistan government, even as the militant group advanced throughout Afghanistan. He said that even the gloomiest valuations didn’t forecast that administration forces in the Afghan capital would collapse while American forces remained.