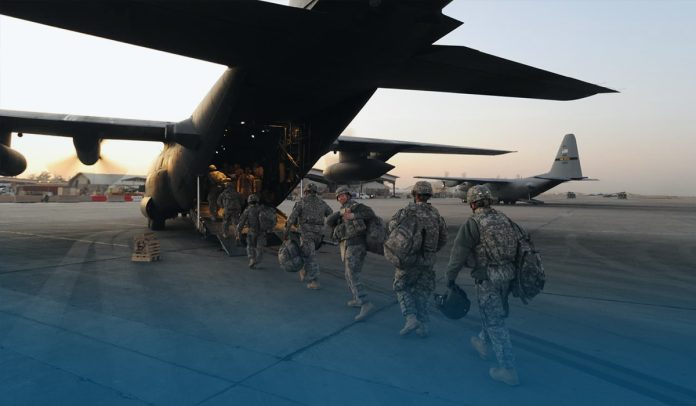 Amid growing tensions that the Russian Armed Forces could attack neighboring Ukraine ‘any day,’ U.S. officials said Friday that the President Biden administration will send 3000 more military personnel from the 82nd Airborne Division to strengthen Western defense in the Central European country of Poland, bringing to 5000 the total troops sent to the West in the last 2-weeks. The US officials said they’re anticipated to be in Poland by the coming week.

While discussing sensitive force movements, the US officials said that this new movement of reinforcements would join other forces from the 82nd Airborne Division who were moved to Poland in the recent week from Fort Bragg, North Carolina. Lloyd Austin, the US Defense Secretary, ordered the troops’ deployment on Feb. 11, and the personnel are likely to move out over the coming two days, according to a senior defense official.

Defense Secretary Lloyd Austin, at the direction of President Joe Biden, has ordered an additional 3,000 American troops to Poland amid a potential Russian invasion of Ukraine. And Biden takes off for the weekend. We have an empty suit for a President.

Antony Blinken, the U.S. State Secretary, said Friday that Moscow is accumulating more forces along the Ukrainian border, and a potential invasion could happen at any time, possibly before the end of Olympic Games Beijing 2022.

These troops are in addition to the 8500 military personnel already on heightened alert to send to Europe if needed and about three thousand US forces the Biden administration said earlier in February it would send to Romania and Poland.

The leader of the U.S. met his National Security Advisors in the White House late Thursday to discuss Moscow’s continuing increased armed presence on the Ukrainian border. The Kremlin has already deployed over one hundred thousand military personnel close the former Soviet Republic, and this week it started joint military drills in the landlocked country of Belarus and naval exercises in the Black Sea.

The senior defense official said that the five thousand military personnel constitute a ‘highly mobile and flexible force, capable of multiple missions.’ Moreover, they’re being positioned to reassure their NATO allies and partners, prevent any potential hostility against NATO’s Eastern Flank countries, train with host-country troops, and contribute to an extensive range of contingencies.

The American foot soldiers will build up a force that had totaled nearly 1700. The U.S. leader has ruled out any likelihood that US forces will fight in a post-Soviet country. Three hundred more military personnel from USA’s XVIII Airborne Corps have set up an HQs element in Germany. Lt. Gen. Michael “Erik” Kurilla is leading the operation.

The American military footprint on the land of Romania, bounded by Ukraine to the north, is anticipated to grow to nearly two thousand. The Defense Department officials have said that overall, about eighty thousand US troops are in the West on either permanent or rotational assignments.