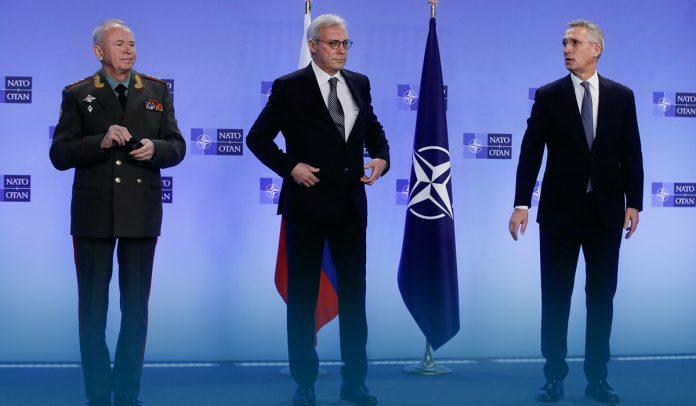 The United States and NATO officials said that the brutal war in the East European country of Ukraine is expected to end at the negotiation table, but the Armed Forces of Ukraine must be able to fight off Russian aggression to strengthen their position in peace discussions.

On Wednesday, Antony J. Blinken, the U.S. State Secretary, and Jens Stoltenberg, Secretary-General of NATO, said at a Joint Press Availability in D.C. that the circumstances in the combat zone will affect how future talks will unfold.

In addition, the NATO chief said that wars are unpredictable. He added they’re able to predict the incursion, but it’s tough to predict how this conflict would develop. Mr. Stoltenberg said what they know is that almost all conflicts ended at some point by talks, and this has also been evidently asserted by the leader of Ukraine that at some point, Russia’s war in his country will end at the bargaining table.

Moreover, Jens Stoltenberg said that the U.S. and NATO countries are supporting Ukrainians in maintaining their legitimate self-defense against Putin’s violence. He also said they’re confident Kyiv leadership could make the hard decisions regarding talks with Russian leaders. And Secretary Blinken echoed the remarks of the NATO Chief.

The Armed Forces of the Russian Federation started its large-scale attack on Ukraine late in February after a weeks-long impasse that saw Russia accumulate military forces close to the borders of Ukraine as Russia’s President called for an end to NATO enlargement into one-time Soviet Republics. However, after Putin failed in taking control of Kyiv, Russian troops cut back its war aims, transferring its efforts to the country’s South and East.

In the meantime, America and its partners have continued to deliver the government in Kyiv with necessary weapons and other equipment to vigorously defend themselves and their land against Putin’s all-out incursion.