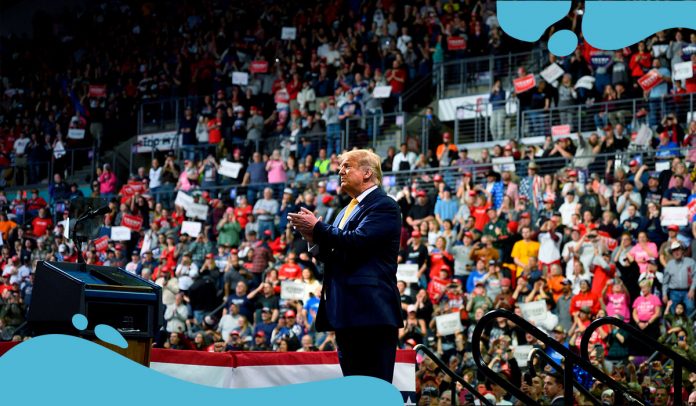 The director of the Tulsa Health Department, Bruce Dart said he wished Donald Trump, the President of the United States would suspend his planned 2020 Presidential Election campaign rally on Saturday, because of the concerns of the recent surge in local cases of the novel coronavirus. On Friday, the health department of the city said that it noted its peak increase of COVID-19 cases.

Tulsa City-County Health Department director Bruce Dart says he wishes Trump would postpone his campaign rally, citing a “significant increase” in coronavirus case trends that could put both the public and the president himself at risk. https://t.co/BaSstqGgha

Concerns of the Tulsa Health Department about large indoor gatherings

CNN obtained a statement of the Tulsa Health Department in which it said that it concerned about the safety of any big indoor crowd because of the difficulty in maintaining the social distancing gap. On Friday, the department released a statement to encourage caution about big get-togethers after an investigation in Tulsa, Oklahoma, that acknowledged an outbreak associated with gatherings in enclosed places where huge groups of people gathered in close contact for a lengthy period.

According to the statement, there was an expressive increase in new cases of COVID-19 last week in the city. As of last Friday, the officials reported around 1443 total confirmed coronavirus cases in Tulsa Country and about sixty-two deaths. The President already forward his campaign rally’s date in Tulsa from Friday to Saturday, because the initial date contradicted with Juneteenth – the day observing for the end of slavery in the United States.

Trump’s campaign demands CNN to apologize for a recent poll

On Friday, Trump tweeted that his campaign team previously scheduled his Maga rally in Tulsa, Oklahoma, for 19th June – a big deal. Though, it would collapse with the Juneteenth Holiday, unfortunately. His several African American friends, as well as supporters, reached him for the suggestion to change the campaign date out of respect for this Holiday, and also in observance of this historic occasion and all that it signifies. Therefore, he decided to move the date of the rally to Saturday, 20th June, to honor his African American friends’ requests.

We had previously scheduled our #MAGA Rally in Tulsa, Oklahoma, for June 19th – a big deal. Unfortunately, however, this would fall on the Juneteenth Holiday. Many of my African American friends and supporters have reached out to suggest that we consider changing the date out…

The racial history of Tulsa

Along with the importance of 19th June, Tulsa also troubled racial history. The city was a site of the execution of a huge number of African Americans in 1921 during the racial conflict in the city’s historic section. The unrest recognized as “Black Wall Street.” James Lankford, the Republican Senator of Oklahoma, tells CNN’s Jake Tapper on Sunday that previously he was thinking to attend the campaign rally of Trump, but still, he is uncertain about wearing a face mask or not.

The President’s upcoming rallygoers must agree not to take legal action against the campaign if they contract COVID-19. Attendees requested to RSVP (Répondez s’il vous plaît) to obtain admission permission to the rally, and by registering, they must settle to a disclaimer that explains they admit the transmission risk of exposure to coronavirus exists in any public place of a big gathering.

The disclaimer states that by attending the Trump’s rally, anyone willingly assumes all risks regarding exposure to coronavirus and agrees not to hold Donald Trump; ASM Global; BOK Center; or any other affiliates such as officers, agents, contractors, directors, volunteers, and employees responsible for any illness or injury. On Wednesday, the campaign of the President officially announced future plans for the first campaign rally of Trump since most of the nation closed to prevent the virus spread.

Donald Trump has been concerned about getting withdraw on the trail since he stopped in-person campaigning. Originally, his campaign brings up plans to resume campaign rallies in July, but it lifts the timeline as several states started resuming their economies and as large crowds took part in protests countrywide in the wake of the death of George Floyd under the Minneapolis police custody.