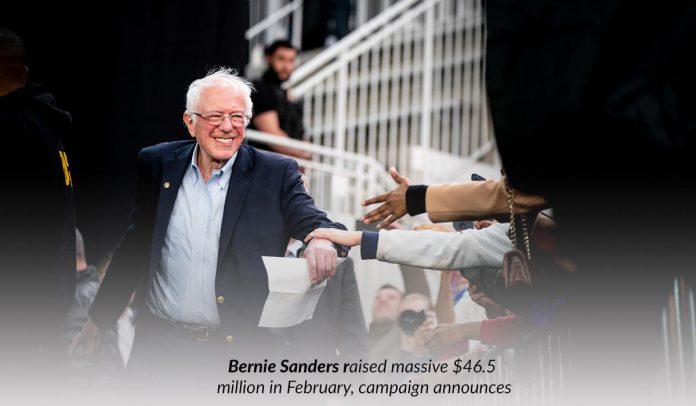 He announced the raised amount at a time when the campaign was looking forward to Super Tuesday and beyond, after a defeat to Joe Biden, the former Vice President in the South Carolina Democratic presidential primary. Joe Biden told CNN that his presidential campaign raised up of $17 million for February. A campaign official of former Vice President confirmed on Sunday that Biden raised $5 million online within one day, the largest online fundraising day to date for the campaign.

Sen. Bernie Sanders announced that his campaign raised $46.5 million in the month of February, shattering his previous record for the most raised in one month. https://t.co/Z4vcDuxxiq

In the meantime, Elizabeth Warren, the Senator of Massachusetts campaign, announced that it raised around $29 million in the month of February. On Sunday, Roger Lau, the manager of the campaign, declared that the campaign of Warren finalized to contend in all states and territory and finally conquer at the national settlement in Milwaukee.

Overall Donations in the campaign

The massive February fundraising of the Sanders campaign total came from over 2.2 million donations, together with donations from over 350,000 people who contributed to the campaign of Sanders for the first time. According to the campaign, February’s last day proved to be the best day for fundraising since the campaign’s launch, raising $4.5 million in a single day. 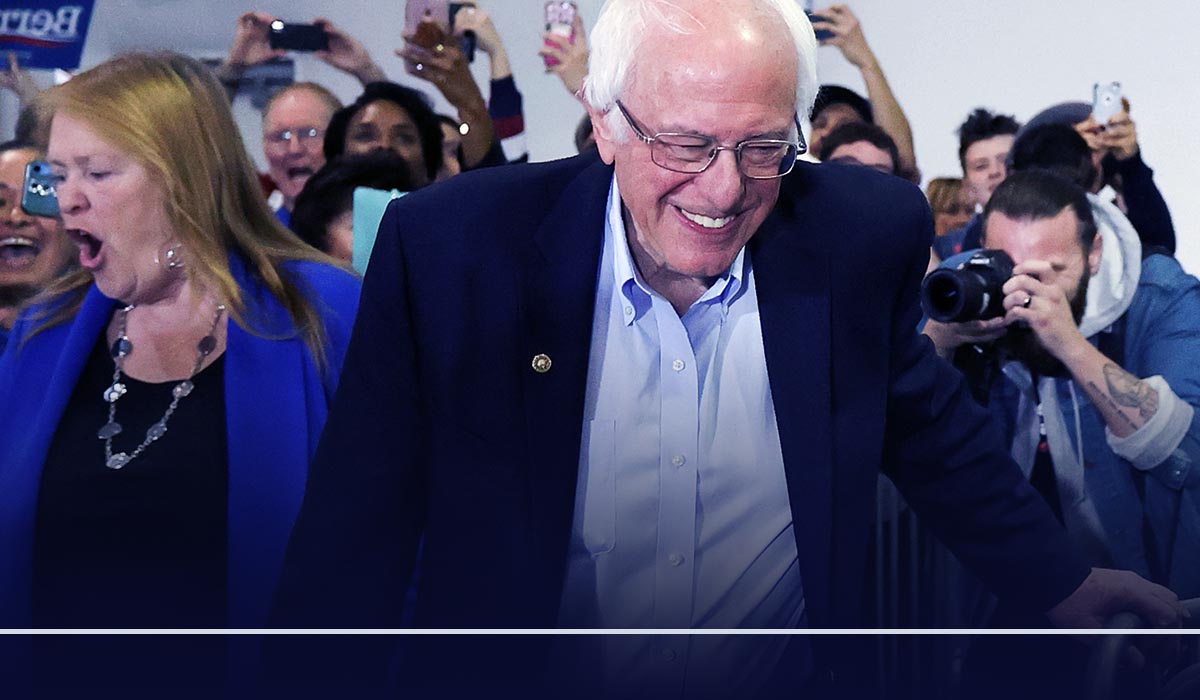 Yesterday, Sanders told George Stephanopoulos of ABC News that he has the ability to bring groups of Democrats together, mentioning himself an existential danger to the corporate wing of the party. The Vermont senator said that the Democratic Party as well as its leaders making strategies to rich citizen’s homes, raising funds, and they overlooked the middle class, the working class along with low-income citizens in the country. That will definitely change – senator.

In February, the supporters of the campaign of Sanders mostly recognized them as a teacher. While five major common employers were Starbucks, Amazon, Target, Walmart, and the U.S. Postal Service. The average fundraising was $21 in February, and that was greater than the average donations in January around $18.72. At present, Bernie Sanders is on the air in twelve out of the fourteen states voting on Tuesday.

On Sunday, the campaign also announced that some part of the donations attained in February would put toward TV acquisitions in 9 states that hold primaries in March. Shortly, the Vermont senator will go on air in Washington, Mississippi, Michigan, and Missouri, which all hold races on 10th March, and Ohio, Florida, Illinois, and Arizona, which hold contests on 17th March.

Up till now, Sanders beat the whole number of individual donors received by his previous 2016 campaign, surpassing 8.7 million contributions since February 2019. At this stage, over 1.9 million individuals donated to the campaign, and over 99.9% of supporters not maxed out and can contribute to the campaign again. Since the 2019 February campaign’s launch, Sanders raised over $167 million.