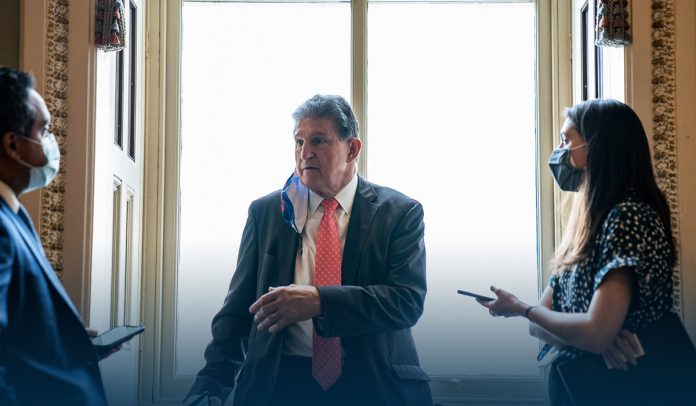 The White House said that on Monday, Joe Biden, the President of United States, is slated to meet with pivotal Democratic Senator Joe Manchin to discuss his contentious $2T infrastructure plan as GOPs and Democrats remain at a deep stalemate on multiple significant aspects of an infrastructure compromise.

After meeting with Biden at the White House, Sen. Manchin told the Hill pool, “We talked about everything,” adding that it was a “great conversation.”

Infrastructure meetings are still in their early phase

According to the Washington Post, President Biden’s meeting with Joe Manchin, one of the most conservative Senate Democrats, but a necessary vote for the Democrats and Biden in a 50-50 U.S. Senate, is scheduled for 4:30 PM.

Manchin has been critical of the Biden Government’s comprehensive definition of infrastructure and its proposed corporate tax increases to pay for the proposal while praising the Senate Republican’s $568 Bn counter-proposal as a good start.

American President is also meeting with the top Democrat on the Senate Environment and Public Works Committee, Senator Tom Carper (D-Del.), who has been working with Senator Shelley Moore Capito (R-W.Va.), Tom Carper’s Republican counterpart, on a transportation proposal.

Jen Psaki, White House Press Secretary, downplayed the significance of Joe Biden’s meetings with the Democrats as at a press briefing on May 10, noting Mr. Biden has meetings with Capito, other Congressional leaders, and Republican Senators of both parties this week.

Psaki insisted infrastructure meetings are still in their early phase and sought to convey that bipartisan compromise is still likely, telling reporters that talks are continuing and there is a range of lookouts that they’re in-taking on.

Mitch McConnell, Senate Minority Leader, said in a television interview on Sunday, 800 billion dollars is the favored ceiling for the cost of any infrastructure bill, considerably more than the Republican’s $568 Bn starting position but almost $1T less than what Joe Biden is proposing.

Joe Manchin has often boasted of his ability to capture Mr. Biden’s era, even as some of his GOP colleagues struggle to get a phone call. Manchin told Forbes in March 2021 that he has never had a problem getting a hold of the American President when he has needed him.

Last month, Manchin said in a CNN interview that he isn’t a barrier at all. The best politics is good administration. He cannot believe that people have confidence that if the party does it his way, that will give Democrats the momentum to get through the coming election.

If U.S. Senate Democrats cannot reach an agreement with GOPs on infrastructure, they could choose instead to pass a plan through budget reconciliation, which lets them bypass the ten Republican votes to overcome a filibuster. Mr. Manchin has advocated limiting the reconciliation use and expressed a wish for the infrastructure bill to be bipartisan.