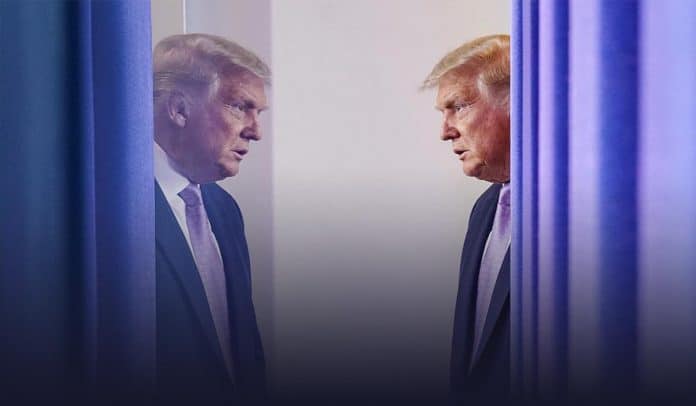 A former senior Trump administration official, Miles Taylor endorsed the presidential campaign of Joe Biden on Monday, becoming one of the highest-ranking former official of the Trump administration to do so. Taylor, who previously served as chief of staff to Kirstjen Nielsen, the Homeland Security secretary, also accused Donald Trump of repetitively using his office for political activities, including directing officials to stop wildfire relief funding to California. He took the move because voters of California opposed him in the elections of 2016.

On Monday, Miles Taylor became the most senior former member of the Trump administration to endorse Joe Biden for president. https://t.co/yLhJVAuuSk pic.twitter.com/Sv73t7Itrf

Taylor, a political appointee at DHS from 2017-2019 and a longtime Republican, endorsed the presumptive Democratic nominee in a video message produced by the group Republican Voters Against the U.S. Presidential in which he also made many allegations about the conduct of Trump. Moreover, he wrote an op-ed shared in The Washington Post calling Trump dangerous for the United States.

In the video, Taylor says that what they observe week in and week out, for him, after two and a half years in that administration, was scary. His team would go in to communicate with him about a pressing national security issue – terrorism threat, cyber-attack – the president was not interested in those things. These were not priorities to him.

The former senior Trump administration official publicly announced his support for Biden for president. Even though he is a Republican and has concerns about several key issues with the Democratic party, but he feels confident about Joe Biden that he will protect the nation, and he will not repeat the mistakes of Trump.

During an interview on CNN, Jared Kushner, the White House Adviser, dismissed Taylor as “a nice kid” and claimed that he didn’t perform his job fairly. Further, he adds that it makes a lot of sense to him that Taylor is endorsing Biden because when he was working at the Homeland Security Department. Due to this reason, Trump changed his team at that time.

Taylor accuses the president of directing Federal Emergency Management Agency (FEMA) to refuse disaster funding to California following devasting wildfires in that state because electorates in that state hadn’t voted for him for upcoming President. Moreover, Taylor accused the president of wanting to reapply the “no-tolerance” immigration policy that separated migratory offspring from their families in a more draconian fashion to discourage illegal immigration.

Taylor counts him among the undisciplined and unclear senior executives he ever comes across. Further, he adds that he came away completely equipped depends on actual experience that Trump ill-equipped and wouldn’t become equipped to do his work efficiently.

Miles Taylor worked at the Public Policy arm at Google

Taylor worked at the public policy arm at Google since leaving the U.S. presidential administration as its American lead for the latest technology and security strategy. On the other side, a source familiar with the matter said that he took a leave of absence the previous week until 2020 Election Day to engage more openly in the 2020 presidential election campaign.