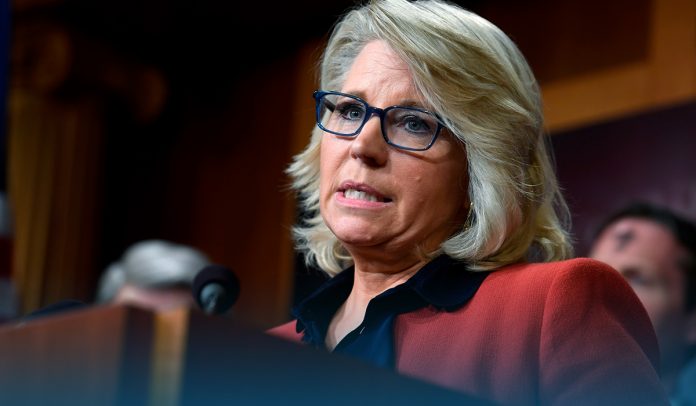 Appearing on CBS shortly after, Rep. Cheney said the whole bill will have to be “redone” for GOPs to get on board and doubled down on her statement that less than 6 percent of the bill is geared toward an infrastructure with bipartisan support, saying the rest is focused on helping Democrat allies around the nation.

She said of the $2.3T proposal that Americans are surely going to see in addition to the corporate tax rises in the bill, and they’ll see middle-class tax hikes.

Cheney added, echoing the warnings invoked by other GOPs about the potential consequences of added government spending that she is concerned about the impact on the American economy, and the potential inflationary pressure that Americans might see with this additional cash injection.

She said that this is a pattern that they watch the Democrats use time and again, where they vastly increase spending. Moreover, they immensely expand the size and scope of the Fed. government, and then they come back around and impose middle-class tax hikes. On Sunday, Cheney said that those are not things that she supports.

Read Also: Biden requests $715B for the Pentagon in his first budget

Rep. Liz Cheney claims much of the current Infrastructure bill is unnecessary

She further said that 6% is focused on the kind of infrastructure that there is bipartisan support for so, she would urge Democrats, let’s focus on that.

Liz Cheney also refuted the assertion by Nancy Pelosi, House Speaker, that the country is in a good place in the wake of the January 6 Capitol riot.

She said that January 6 was clearly an attack that was attempted to stop the Electoral College votes counting, and added they aren’t in a good place. Americans absolutely need and it is Pelosi’s responsibility to create a bipartisan commission to study what happened, to know what the incitement was, to understand what materialized, and to confirm that it never happens again.

She said that the version that she put forward wasn’t bipartisan, it was very heavily partisan towards the Democrats. This is a serious subject. It should not be a partisan matter.

Moreover, Cheney harshly criticized Trump for giving a speech at Mar-a-Lago, where he supposedly spoke in proud terms about the crowd size on January 6 and criticized former VP Mike Pence for not doing enough to stop the counting of Electoral College Votes.

She said that Trump is using the same language that he knows triggered violence on January 6.

Donald Trump vowed during the speech to help GOPs win seats in United States Congress in 2022 elections but lashed out at two top party figures, Mike Pence and Senate minority leader, Mitch McConnell. Donald Trump told hundreds of leading GOP donors, according to the prepared notes that the key to this winning future will be to build on the gains their amazing drive has made over the past 4-years.

Moreover, under their leadership, they welcomed millions upon millions of new voters into the GOP coalition. They transformed the GOP into a party that truly fights for all U.S. people.