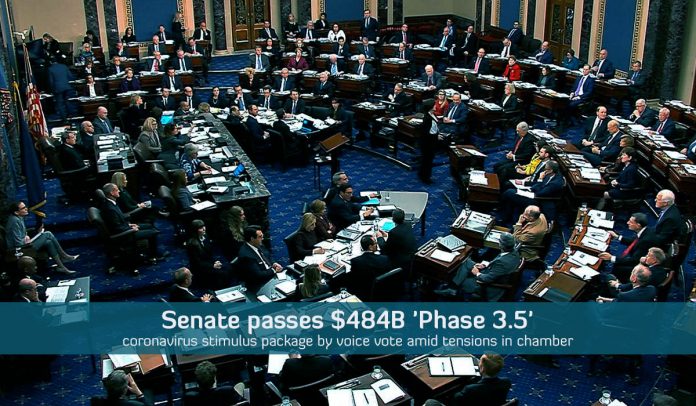 The negotiations among Congressional leaders reached an agreement to pass a bill that includes $450 billion in additional funding for small businesses that affected by the lockdown amid coronavirus outbreak. The President of the United States, Donald Trump, showed his approval of the package on Twitter and said that he advised the Senate and House to pass the Health Care Enhancement Act and Paycheck Protection Program with more funding for PPP, HCEA, and testing.

JUST IN: The Senate has passed a roughly $480 billion relief package that includes new funding for small businesses, along with other priorities like money for hospitals and expanded coronavirus testing. The deal now goes to the House for approval. https://t.co/QPNfX9tlIi

On Tuesday, the Senate passed a $450 billion coronavirus Phase 3.5 stimulus package bill that would refill the rescue program for small businesses known as the Paycheck Protection Program (PPP) and also replenish the Health Care Enhancement Act with another $75 and to enhance the COVID0-19 testing program nationwide to facilitate reopening the economy. Senate passed the bill by voice vote, which needs only each side to shout “yay” or “nay” with the louder side winning the debate.

Some Republicans show their opposition for Voice Vote

Ahead of the passage of the bill, some Republicans spoke their frustrations that there was not a full roll call vote, even as some of the senators remained to stay at home due to the coronavirus pandemic. Senator Mike Lee said on the floor of Senate, the scenario is not acceptable. They would not be passing legislature – without Congress physically in session.

Senator Rand Paul announced that Congress should stop to print bailout cash because the United States may manage this pandemic without the horrible lockdown of the economy. He declares his disapproval of the stimulus package in no indefinite terms. Paul told his colleagues that they could not continue on this course.

Moreover, Paul noted that they didn’t invoke the rules of the Senate to need a vote by roll call. He was only present because history would save memory that some senators didn’t back spend $484 billion. The House majority leader, the Representative, said on a conference call with press reporters that the votes of House would take place on Thursday. The U.S. House will also vote on a suggestion to allow proxy voting during the deadly epidemic, a first for Congress, which needed in-person business fundamentally since its foundation.

The latest deal, which came after a delay of some days driven by demands of Democrats, would provide over $300 billion for the small businesses program. $60 billion or somewhat set aside and divided correspondingly – for community investors and smaller banks that need to focus on under-banked regions and rural areas. Similarly, another $60 billion would become accessible for small-business loans and aid programs brought through an existing small-business disaster grants program, of which $10 billion would deliver in the form of direct aids.

Steven Mnuchin, the U.S. Treasury Secretary, said after a few minutes after the Senate passed the package that he expects this grant as the last wave of aid to small businesses, and PPP saved around thirty million jobs. Whereas, Trump specified that there would soon a crackdown of universities and companies that receive stimulus package funds without needing them. At the White House briefing, he told reporters that Harvard to pay back the money.

Thank you to @SenateMajLdr and @SenSchumer for their leadership and to the Senate for passing critical legislation today that will provide more funding for PPP to help America’s small businesses and workers, and for hospitals and testing.

On the other hand, Harvard denied receiving any type of PPP funds for small businesses but acknowledged to receive funds under the CARES Act Higher Education Emergency Relief Fund. The latest bill did not include funds for the Kennedy Center, one source of GOP told Fox New amusingly observed. Democratic leaders pushed for the performing arts center of Washington, D.C. to obtain $25 million in the recent stimulus, and the leaders of Republicans required to recover the money.

In the meantime, on Tuesday, the IRS announced that people receiving payments of Social Security have until Wednesday noon to tell the IRS how many depended on broods they have, or else they won’t take full expenses from the past stimulus bill. Ahead of the deliberate vote on Tuesday evening, Mitch McConnell, the Senate Majority Leader, criticized the leaders of Democrats for postponing a vote on additional funding for many days, well after the fund of PPP exhausted last Thursday.

Democrats and Republicans argued over the testing administration’s design

Discussions drew as the Democrats appended on the priorities regarding health, including funds for hospitals, while the two sides argued over the design of testing administration across the country. McConnell said that Republicans did not require this essential program for workers and small businesses to close. About one week ago, they tried to pass extra funding before it lapsed. However, Democrats hold up funds and spent some days in an effort to negotiate inessential matters that never discussed on the table. He also praised his colleagues that walked away from those demands and will eventually let Congress act. 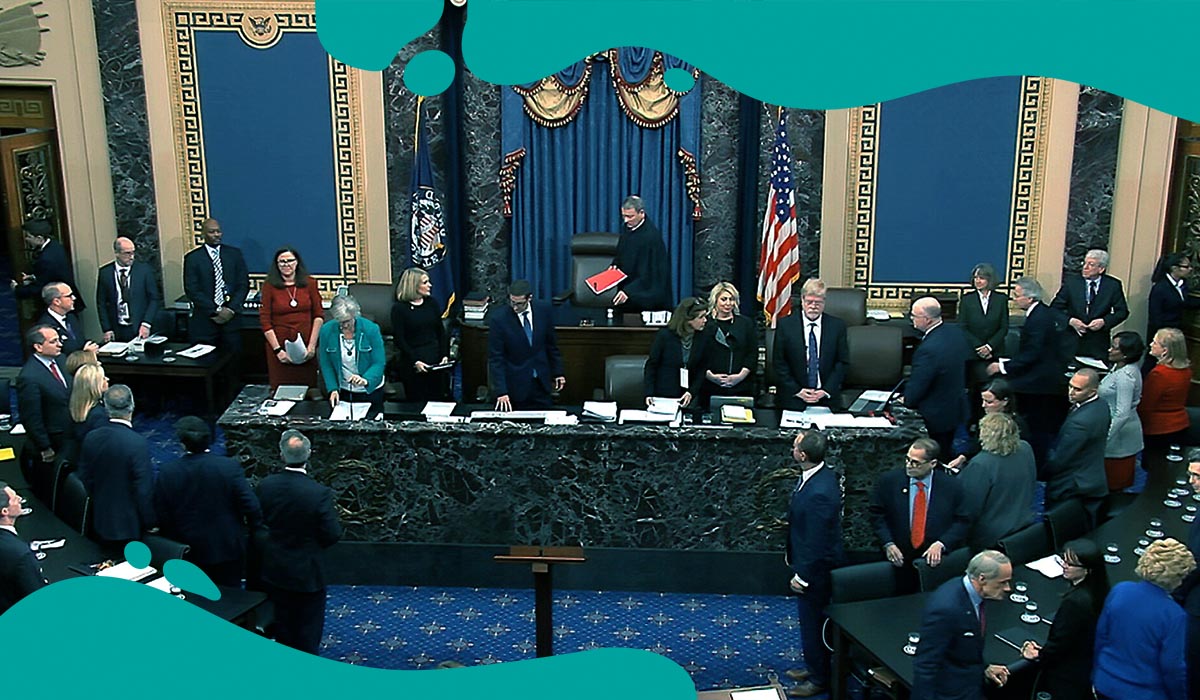 The government refused the request of Democrats for an additional $150 billion in the fund to revenue-strapped state governments, however, left gratified that the government would announce such aid in the following aid bill. There is also pressure to assist cities with populations below five lac that closed out of the massive $2 trillion relief bill that passed the previous month.