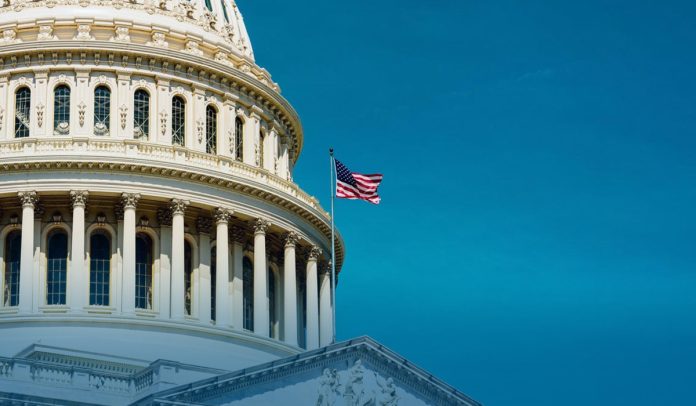 On Wednesday night, the United States Senate voted to overturn President Biden’s coronavirus inoculation or testing mandate for private employers with hundred or more workers in a bipartisan reprimand of a chief component of the White House’s COVID-19 strategy.

The effort was led by Indiana GOP Senator Mike Braun, and it needed only a simple majority of 51 supporters to be approved by the Senate. The final count was 52/48. Two Democratic Senators, Joe Manchin and Jon Tester, joined their fifty Republican colleagues in voting to overturn the mandate.

Before the vote, far ahead calling the federal mandates onerous regulations, Tester told NBC News that he isn’t crazy about COVID-19 mandates. However, Senate GOPs argue that while they consider jabs crucial, they have confidence ‘the mandate is unconstitutional.’

This bipartisan vote is a crystal clear message to the @WhiteHouse: Back off, and stop this crazy federal overreach immediately.

In November, the US Appellate court temporarily blocked the Biden government’s vaccine rules, which had been planned to take effect on the Fourth of January. The multiple suits against the directive have since been consolidated and Ohio-based 6th US Circuit Court of Appeals, with numerous anticipating the case to end up before the Supreme Court of the United States.

Shortly before the vote on Wednesday, Sen. Roger Marshall told the media that he wants to go off for a second and emphasize how important the jab is, particularly booster doses for the Omicron COVID-19 variant. But the COVID-19 vaccination-and-testing mandate is going to backfire. The people that so far haven’t received the jab aren’t going to do it until the White House confesses natural immunity.

The measure faces a very difficult struggle in the Dems-controlled House. GOP legislators would need a solid figure of Dems to join them in compelling support on the legislation. If the U.S. House were to pass the measure, it would then go to the Biden’s desk for his signature. Additionally, the White House has indicated that the American leader would veto the effort, which didn’t pass with a veto-proof majority in the chamber on Dec. 8.

Back in September, Joe Biden proclaimed that he would be directing the U.S. Department of Labor to require all large firms with 100 or more workers to mandate that their employees are either fully inoculated or undergo testing for COVID-19 every week and use face masks. Moreover, the emergence rule was issued in November, prompting suits from GOP-led states and private businesses but also from liberal-leaning unions.

According to the U.S. CDC data, an estimated 76% of US citizens ages five and up have gotten at least single dose of vaccine. According to NBC News data, as of Dec. 7, America was averaging approximately 1.923M shots daily.

Previously on Dec. 2, Mitch McConnell, Senate Minority Leader, told Fox News that the chamber would vote on the measure this week, adding he deliberates it would have a decent opportunity of passing the U.S. Senate. While speaking to reporters, Chuck Schumer, Senate Majority Leader, criticized the GOPs-led challenge to the coronavirus vaccine mandate as an anti-science, anti-jab vote.