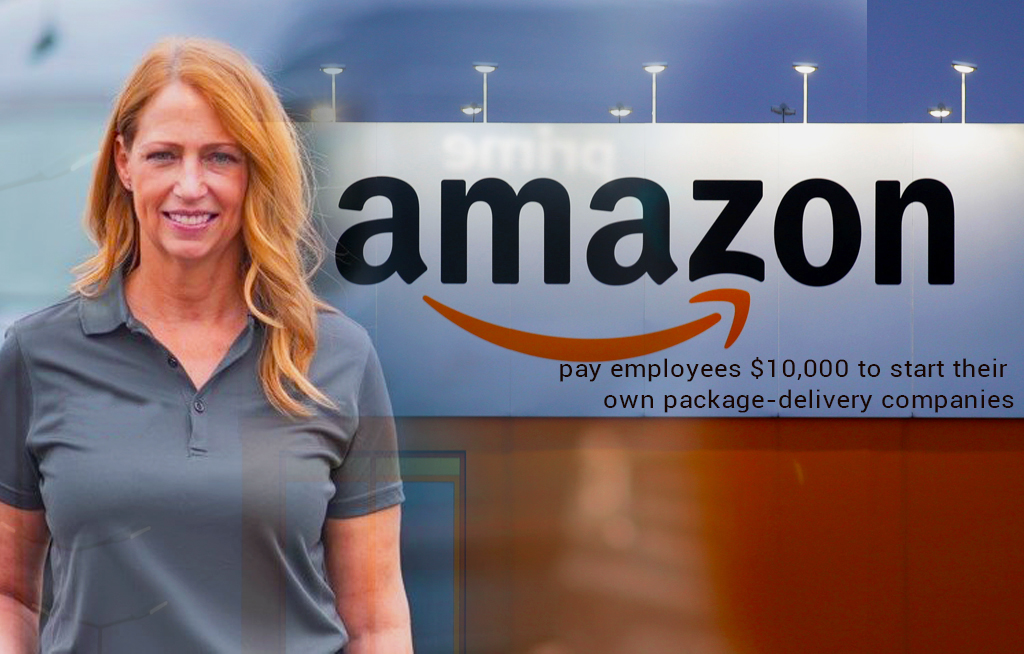 On Monday, Amazon gives an opportunity to its employees to take $10,000 with three-month salaries if they want to quit from the company and establish new United States start-ups based on delivering packages. The officials of the firm said that they want to give the proposal as they are following the previous efforts of the company to discourage its employees from staying if they do not wish to continue.

Jeff Bezos, the CEO of Amazon, gives his views about regarding the company’s program of ‘Pay to Quit’ in a shareholder letter about five years back and at present, the company is moving further. A spokesman of Amazon expressed that they want their employees to continue at Amazon if they’re going to do.

The Pay to quit program also lines up with the efforts of Amazon to start new delivery options. Previous year it established the initiative of Delivery Service Partners that hunted to have self-regulating business owners to place the Prime logo of Amazon on delivery vans, either as it remains working with UPS and FedEx.

Since from the start of the program of the Delivery Service Partner in June 2018, Amazon empowered the creation of above two hundred new small businesses that hired several local drivers to bring packages to the customers of Amazon. Moreover, in the present, the company plans to start a number of more new businesses that will begin with the employees turned business owners.

Furthermore, the program offering its employees now expanding to Spain and the United Kingdom. The stock of Amazon was down as much as 3.8 percent during the trading session of Monday that impacted by the United States and China tariff concerns.

New Partnership of Netflix with Gwyneth Paltrow’s Goop Brand is a...